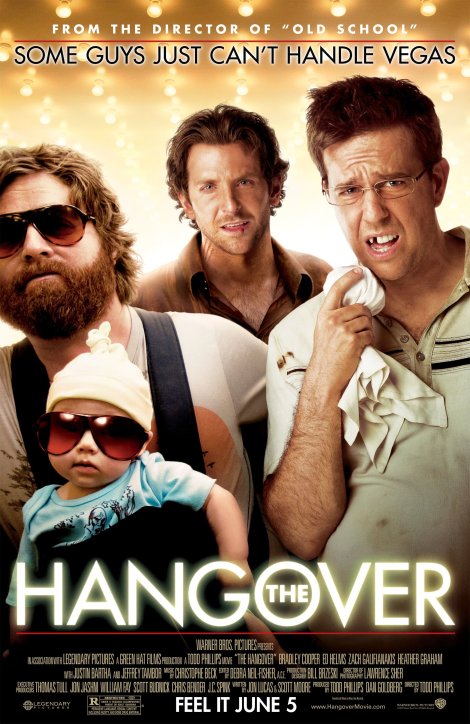 BONUS MOVIE REVIEW: A while back I saw this movie and forgot to review it until now: “The Hangover” which stars Bradley Cooper (Silver Linings Playbook, Limitless), Ed Helms (The Office, The Lorax), Zach Galifianakis (Due Date, The Campaign), Justin Bartha (National Treasure, National Treasure: Book of Secrets), Heather Graham (Austin Powers: The Spy Who Shagged Me, Boogie Nights), Jeffrey Tambor (Tangled, How the Grinch Stole Christmas (2000)), Ken Jeong (Zookeeper, Despicable Me 2), and Rachael Harris (Diary of a Wimpy Kid, Wreck-it Ralph). This movie is about an about to be wed man named Doug (Bartha) who takes his buddies Phil (Cooper), Stu (Helms), and his fiancée’s brother Alan (Galifianakis) to Las Vegas to spend a great day for his bachelor party. All is fun until Phil, Stu, and Alan wake up in their destroyed hotel room with a lion, a baby, and no Doug to be anywhere. They can’t remember a thing that happened the night before and have to retrace their steps and follow clues to what happen so they can find out where Doug is and get him back before his wedding starts. I thought the movie was very funny, having my favorite character be Alan, and it had a great story and good acting. I did watch it on a channel though that took out all the big bad words and a lot of bad scenes so I may not have seen the whole movie, but overall it was good! FINAL SCORE: 85%= Juicy Popcorn