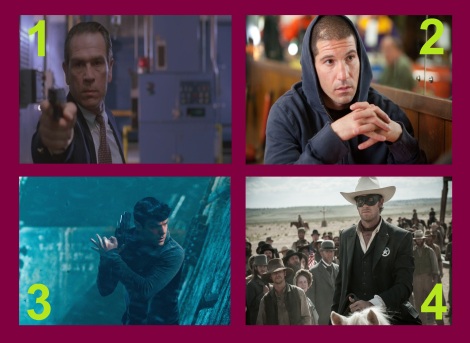 1. Tommy Lee Jones as Samuel Gerard (“The Fugitive”)
Why he’s a nominee?- I’ve always enjoys Jones’s acting from other movies and in this one he really does a great job in giving his character so much devotion in capturing the escape convict, Richard Kimble.

2. Jon Bernthal as Daniel James (“Snitch”)
Why he’s a nominee?- The only other place I have seen Jon Bernthal in is “The Walking Dead” and when I saw that he played in this, it was really cool and awesome because this guy is a great actor.

3. Zachary Quinto as Spock (“Star Trek: Into Darkness”)
Why he’s a nominee?- He’s not a Leonard Nimoy, but he plays a really good Spock in both of these movies and still keeps the greatness of Spock going!