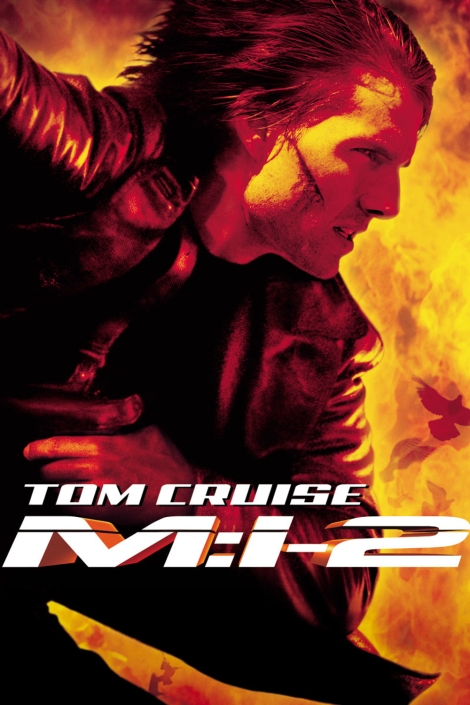 MOVIE REVIEW: Two nights ago I got out the movie “Mission Impossible II” to watch which stars Tom Cruise (Tropic Thunder, Minority Report), Dougray Scott (Hitman, Enigma), Thandie Newton (Norbit, The Pursuit of Happyness), Ving Rhames (Dawn of the Dead, Pulp Fiction), Richard Roxburgh (Van Helsing, Sanctum), John Polson (Hide and Seek, Siam Sunset), Brendan Gleeson (Edge of Tomorrow, Braveheart), Rade Serbedzija (Batman Begins, Eyes Wide Shut), William Mapother (The Grudge, Lost), Dominic Purcell (Prison Break, Equilibrium), and Anthony Hopkins (Thor, Hannibal). This is the sequel to “Mission Impossible” and the second movie in the “Mission Impossible” franchise. This movie is about Ethan Hunt (Cruise) as he gets another impossible mission. The mission is revolved around a disease that a scientist has genetically created called Chimera. It is very deadly and what makes it worse is that a group of international terrorist lead by a former IMF (Impossible Mission Force) agent named Sean Ambrose (Scott) wants to get their hands on it to do a lot of harm. They already have the cure so getting the disease is the next step. Hunt is then tasked to take a companion named Nyah Nordoff-Hall (Newton) to infiltrate his operation and give them information seeing as how they used to date and Ambrose still wants her back. Hunt quickly falls in love with her though and will do anything to keep her safe. I thought that this movie is the weakest “Mission Impossible” movie out of the ones I saw as well as the weakest Tom Cruise movie out of all the movies that I have seen him in. The story was just…I don’t know, it just didn’t do anything for me. Of course it had its moments, but there were not many of those. The only pros of this would be the acting and the action scenes with the special effects. Cons of it would be how it is more of a love story than completing a mission and how Ethan Hunt has changed a little in character which is weird. Although I do have to say that I was kind of set off during this movie because before I sat down to watch it, I’ve heard of Robin Williams’s death which was very shocking and devastating and it was a bit of a challenge to truly focus on the movie at hand. I was able to after a while and the writing was mediocre, and if I were to watch the “Mission Impossible” series again I would watch this one to go in order, but it would be less likely for me to watch it just by itself. Overall the movie wasn’t the best, but it isn’t the worst movie I’ve seen. FINAL SCORE: 69%= Burnt Popcorn

One response to ““Mission Impossible II””