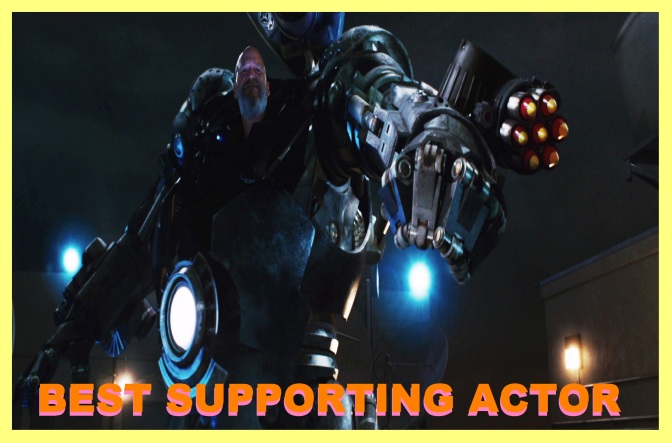 It was extremely difficult to decide the winner for this one, but I finally came down to a decision: Jeff Bridges’s Obadiah Stane a.k.a The Iron Monger. It was between him and Ed Harris to me and the deciding factor was that Jeff Bridges made Obadiah Stane one of the most memorable villains in all movies. The way he gave Stane such stature and a very awesome presence was the thing that makes him just so good. He also had some good lines that he gave either scary seriousness or funny seriousness. Funny seriousness: “Tony Stark, built this in a cave! With a bunch of scraps!”