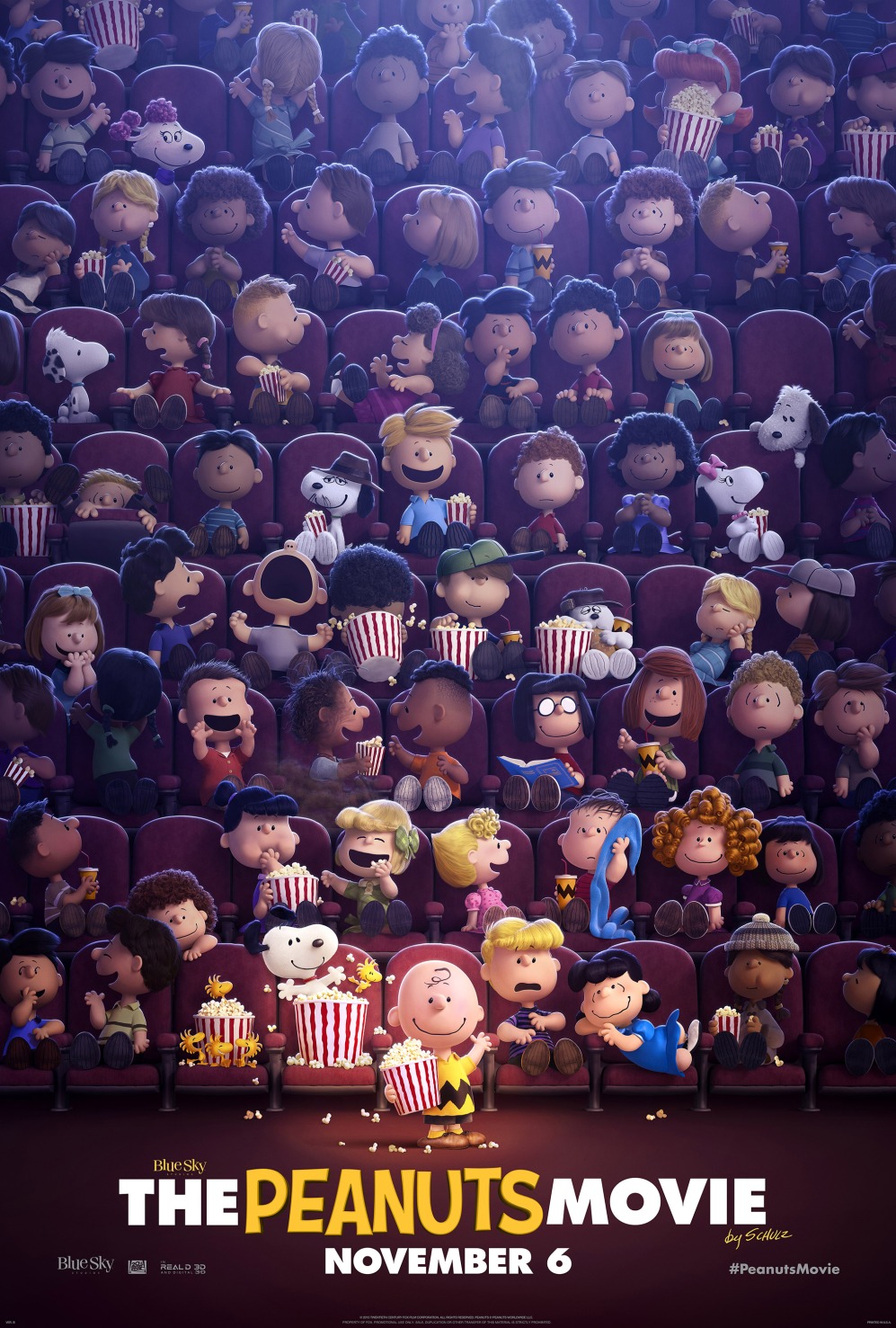 Ah, the Peanuts: A group of kids that I have occasionally watched growing up. They weren’t always on my mind or VHS tapes, but they were entertaining, and I enjoyed watching them when I did. Because I wasn’t such an avid fan, I didn’t expect much from this film. It seemed to have some great animation and it looked to be a fun adventure for the family to partake upon. In watching this, what you see is what you get. This flick was a light-hearted, enjoyable, and heartwarming experience, and although it wasn’t anything grand, it still serves to be an all-around solid release for anyone looking to spend some quality time with the family. First and foremost, the best part of this film is its animation. The designers of this stuck with the feel of the newspaper comics, giving our characters the same look and expressions that the ones on paper would. I loved the tiny effects these artists would give our figures, from the lines that portray them being dizzy to the flashing lights that would indicate Snoopy shooting the Red Baron. It’s all here, and I ate up every bit of it. The voice actors they found did a great job in portraying each of their characters. Sure, not all of them sounded like the people from the older television specials, but they still brought their own spin, and I liked hearing each and every one of them. Knowing that they are all young children makes it even more spectacular. This release had all the makings of a great, classic piece of cinema, but it fell short of making it big. That’s mainly because of its story. Overall, I had fun watching this. The story was simplistic, easy to follow, and even made me laugh from time to time. Like I said, it’s a heartwarming film, and to see Charlie Brown trying to overcome his fears in talking to the red-haired girl was nice to see unfold. But there were aspects of this plot that I found to be random, cliché, or unnecessary. One would be Snoopy’s run-in with the Red Baron. It’s kind of a side plot that goes on with Charlie’s dilemma, and for the majority of the time, it feels more like a distraction. Yes, I like how they refer to the classic comic strips of Snoopy’s (Melendez) war adventures, but when it takes up most of the runtime, it steers me away from what I should be watching. Another one would be how people thinking that Charlie Brown is severely smart felt like a step in a different direction. It definitely carries on the plot and adds more laughs, but like the Snoopy aspect, this steers me off course. Other than those issues with the story I really can’t find any more reasons to dislike this movie. It can feel like a nobody release at times, but it is surely an easygoing trip that will lighten hearts and bring smiles to children’s faces. I had a good time in seeing it, and it felt nice to just sit through a calming, simplistic venture. FINAL SCORE: 85%= Juicy Popcorn

One response to ““The Peanuts Movie””