FRIDAY NIGHT/MOVIE THEATER REVIEW: “Captain America: Civil War” stars Chris Evans (Snowpiercer, Before You Go), Robert Downey Jr. (The Judge, Tropic Thunder), Sebastian Stan (The Martian, Black Swan), Scarlett Johansson (Lucy, Her), Anthony Mackie (The Hurt Locker, Million Dollar Baby), Don Cheadle (Hotel Rwanda, Crash), Chadwick Boseman (42, Get on Up), Elizabeth Olsen (Godzilla [2014], Martha Marcy May Marlene), Paul Bettany (A Beautiful Mind, Master and Commander: The Far Side of the World), Jeremy Renner (The Bourne Legacy, American Hustle), Paul Rudd (Dinner for Schmucks, Anchorman), Tom Holland (The Impossible, In the Heart of the Sea), Emily VanCamp (Everwood [TV series], Revenge [TV series]), Daniel Bruhl (The Bourne Ultimatum, Inglorious Basterds), William Hurt (Into the Wild, A History of Violence), Frank Grillo (Minority Report [2002], Warrior), Martin Freeman (The Hobbit: An Unexpected Journey, Hot Fuzz), Marisa Tomei (The Wrestler, The Lincoln Lawyer), and Stan Lee (Spider-Man [2002], Avengers: Age of Ultron). It is directed by Joe and Anthony Russo (Captain America: The Winter Soldier, You Me and Dupree), and the screenplay is written by Christopher Markus (Pain & Gain, Thor: The Dark World) and Stephen McFeely (You Kill Me, The Chronicles of Narnia: The Lion the Witch and the Wardrobe). After previous cataclysmic events which shaped the Avengers’ career as the earth’s protectors are put under a microscope, the United Nations have decided to initiate a document which will force heroes to give up their identities and work for them, answering to their call in order to feel safe. There are people who feel as though superheroes should be put in check, including Tony Stark (Downey Jr.), who signs up the first chance he gets. Others follow, but Steve Rogers (Evans) does not comply, as it goes against everything he stands for, and will stop at nothing to keep his freedom and try to save his rogue friend, Bucky Barnes (Stan), along the way. 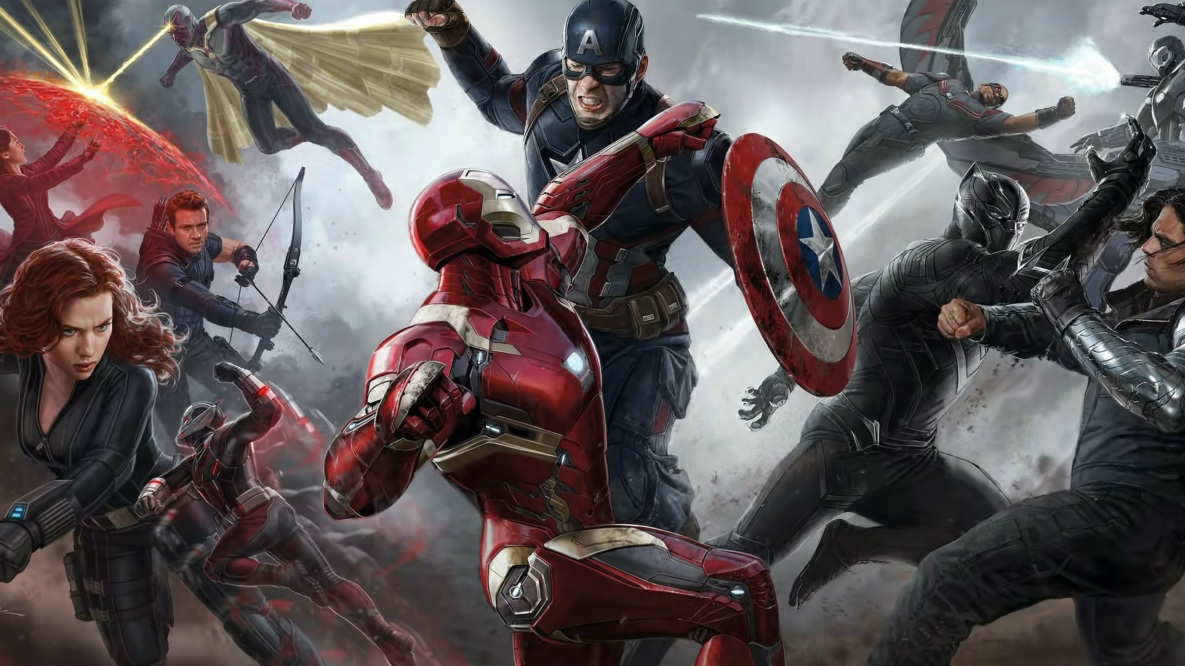