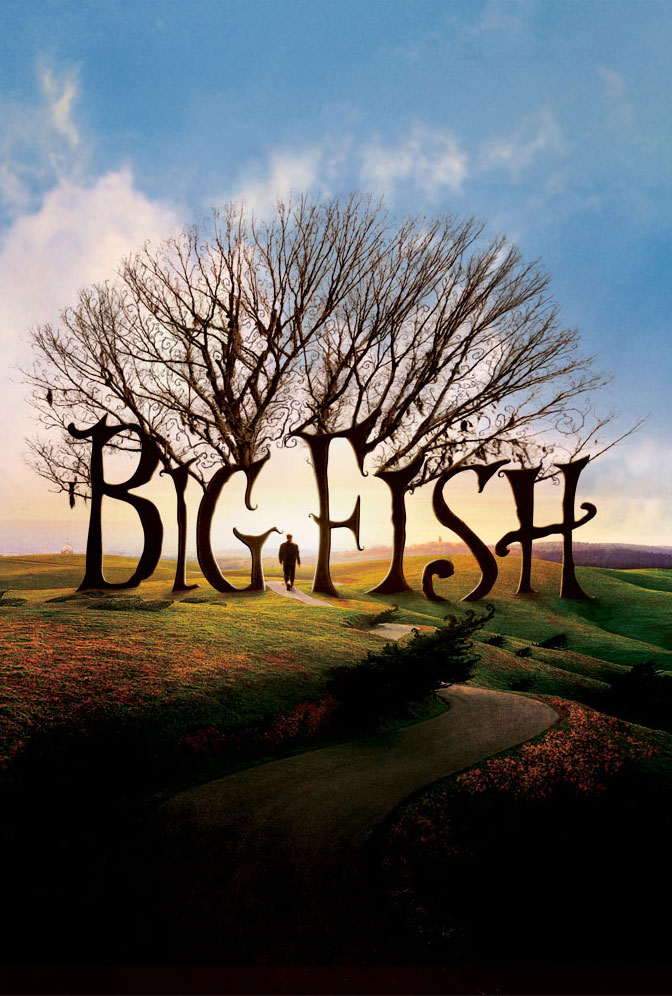 MOVIE REVIEW: “Big Fish” stars Ewen McGregor (Star Wars: Episode III- Revenge of the Sith, Jack the Giant Slayer), Albert Finney (The Bourne Ultimatum, Skyfall), Billy Crudup (Watchmen, Almost Famous), Jessica Lange (Tootsie, Cape Fear), Helena Bonham Carter (Fight Club, ), Marion Cotillard (Inception, The Dark Knight Rises), Matthew McGrory (The Devil’s Rejects, Bubble Boy), Steve Buscemi (Fargo [1996], Miller’s Crossing), Danny DeVito (Batman Returns, Matilda), David Denman (The Office [TV series], The Gift [2015]), Robert Guillaume (Benson [TV series], The Lion King), and Alison Lohman (Gamer, Matchstick Men). It is directed by Tim Burton (Batman [1989], Edward Scissorhands) and the screenplay is written by John August (Frankenweenie, Corpse Bride). Based on the book by Daniel Wallace, this film follows William Bloom (Crudup) as he tries to learn more about his father amidst all the tall tales he would tell him as a kid. These tales were always used to describe his father’s life, but they were so outlandish that they would be impossible to happen. So, on his deathbed, William’s father retells the stories he once told William about himself in hopes that he will accept that those things really did happen to him. 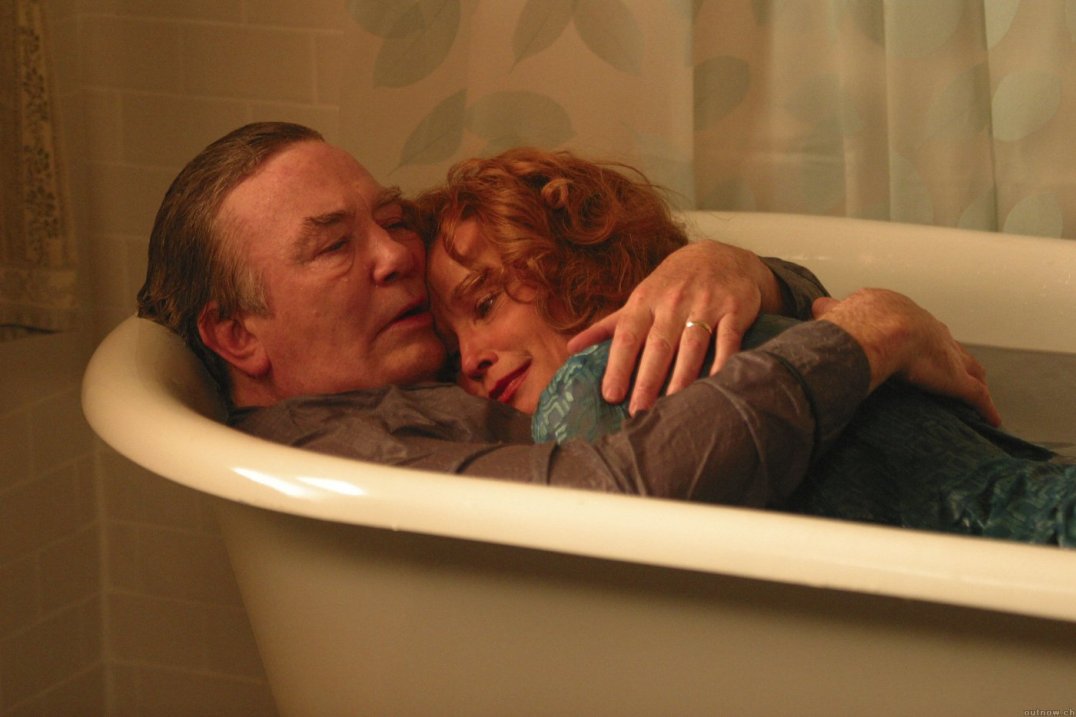 Like my talks of Wes Anderson in my review for “Moonrise Kingdom,” Tim Burton is in a league of his own. He typically chooses oddball stories and twists them into a gothic, mystical experience that can be both enchanting and scary. I’ve seen quite a bit of his works, but I have never seen “Big Fish.” Until now, that is. I haven’t heard much about the film, besides the review captions that my DVD box boasted about it. The movie was put up for quite a bit of Golden Globes apparently, and because of that I expected something monumental. After viewing it, I can say that it was…different. Every Burton release offers a gateway to another universe, and this story gave me several to work with, all ranging from creepy to magical. I had no clue what I got myself into and I was blown away at how wild it actually is. Giants, circuses, old witches, war, and conjoined twins are among the few things to discover in this crazy adventure, but the question is, are they all the right ingredients for a fantastic film? Almost. Granted, this is a very good movie. I enjoyed it quite a bit, but I wouldn’t consider it Best Picture material. In writing this review, let’s look at the story. The most problematic aspect of this release is its plot. Filled with bright friendships and childish behavior, this is definitely a story to show your kids, even if it can become adult-oriented at times. Each individual tall tale Edward Bloom (McGregor, Finney) told gleamed with wonder and excitement, and in watching them all, I had fun. The issue I found with it, however, was how they were melded together. This is a difficult movie to follow. I understood William’s dilemma in trying to get to know his father, but we rarely see his journey with him. Most of Edward’s flashbacks are shown to us through him telling other people, and they all come at random. Well, I guess they are in consecutive order, considering how he gets older with each passing story, but the tales have no correlation with each other, with the exception of a few characters. All of the fun pieces were there, but fitting them together seemed to be of difficulty. No matter how hard it can be to follow, however, I loved many of the stories this film displayed. They were all unique and fresh, and it really put a spin on bedtime stories. What I really found to be great was the symbolism of the big fish Edward caught. How that was fleshed out in this flick really brought it home in terms of its score, giving me a wonderful ending that got me teary-eyed. With the characters, I enjoyed just about every one of them, and the acting was good too. Edward is such a likable guy, both as his older and younger self. He was like a kid aspiring to do bold things, even when he has already accomplished so much. William would be considered the “sane” one, as he keeps the film grounded in that nothing his father says is true. I thought their few clashes were interesting. The best chemistry by far in this release, however, was Edward and Sandra (Lange, Lohman). Their love for one another (or at least Edward’s search for her) brought a warmth to my heart, and I’m not usually the one to get mushy over romance. The daffodil scene was great, one a side note. All of the special effects and make-up that brought these tales to life were amazing, and I also enjoyed the cinematography. The bright tones and magical themes are something to behold, and Tim Burton did a good job in making a kind and lovable experience. In terms of its issues, excluding the meshing of tall tales, I can’t really find any that are major. This is a very likable movie. Although it wasn’t one of the best things I have seen in my life, it sure did offer an entertaining ride. I found myself liking it more and more once it got towards the end and I wouldn’t be surprised if I liked the whole film more with each viewing. FINAL SCORE: 86%= Juicy Popcorn

One response to ““Big Fish””