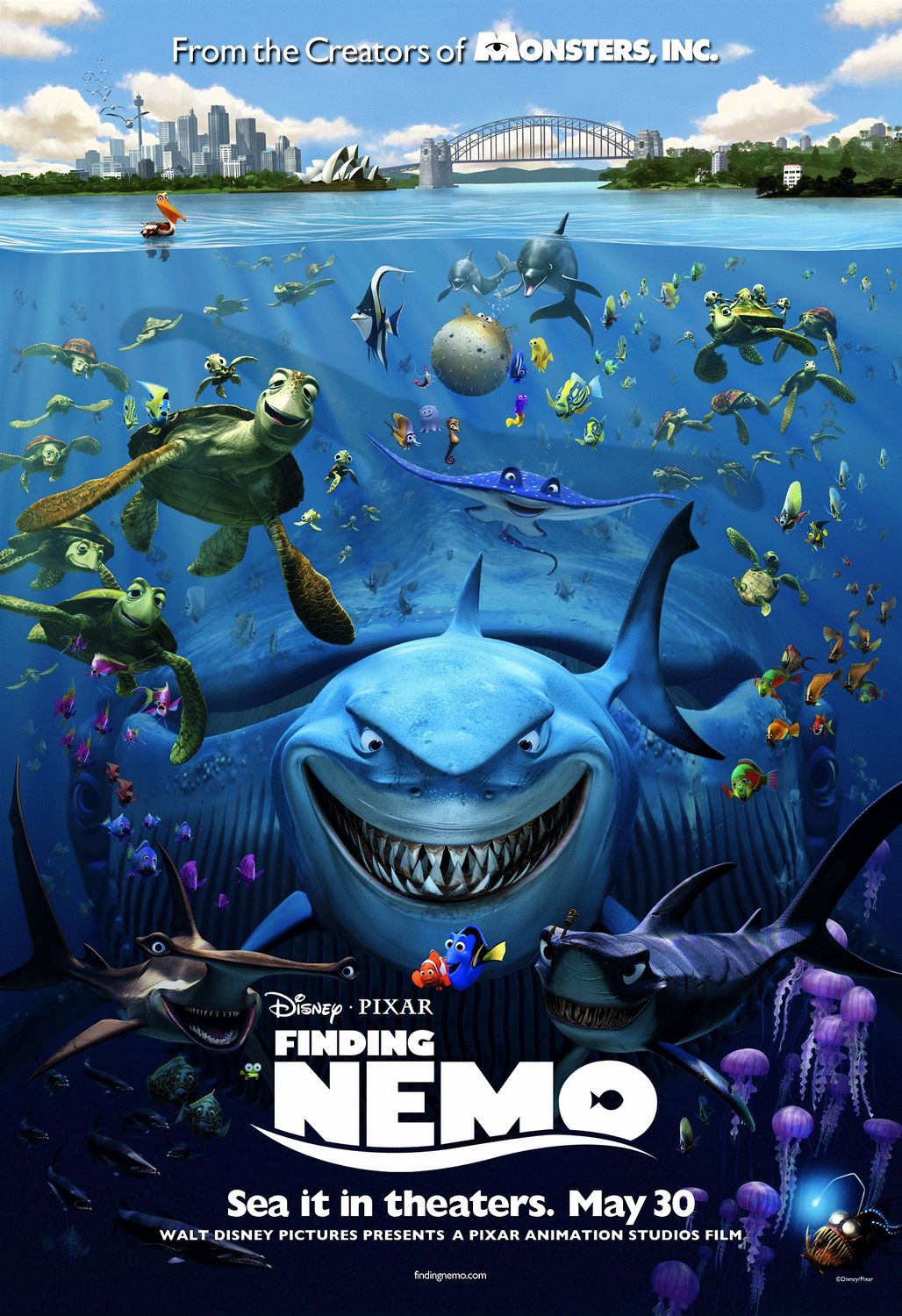 “Finding Nemo” had to be the most quoted and beloved Pixar film when I was in high school. Those who talked about it were clearly obsessed, but I was never one of those individuals. Yes, I loved the movie, but I will admit that those who talked about it a lot slowly made the film less special than it actually is. Watching this again proved to be a challenge. When someone beats a flick into the ground, it is hard to find enjoyment without rebelling those who made the experience sour. After telling myself constantly that this movie isn’t as perfect as what people point it out to be, I soon gave in, as this release is truly great. It’s hard to deny facts, and there is a lot to love about this film. The first thing that I must talk about is the animation. While the previous Pixar movies had great locations and universes, “Finding Nemo” presents itself in one of the studio’s best atmospheres: the ocean. I couldn’t begin to explain how much awe I was in. Seeing the ocean life go about their normal day under the sea was amazing, and the animation gave a sense of realism to this adventure. My favorite effects had to be the light shining through the surface of the water and the glistening of the fishes’ bodies as they come up to look around. It was magnificent, and holds up extremely well after all this time. Granted, there are some aspects that may seem outdated, but the overall scope of it was something to bask in. The musical score to accompany this feature brought it to life, with many memorable scores that really draw out emotion. Great job Thomas Newman! Moving onto the story, Pixar has crafted yet another original masterpiece. There may have been films that display a person tracking down their child before, but this movie makes sure to throw in some twists, the main one being its theme. Both Marlin and Nemo go on a journey in this feature, and both have something to learn. Marlin can work for adults since it shows how hard it is for a parent to let go of their kid, while Nemo can work for younger adults who are coming to realization of a bigger world out there. I loved watching both perspectives as they each had their own quirks and thrills. Marlin had his adventure with Dory, who is a great comic relief, while Nemo must find a way out of a fish tank before he is killed by a “sweet” girl named Darla. There are a ton of other characters I haven’t mentioned, but they are all great and contribute to he story nicely. The voice acting is also really good. Of course, this whole film is memorable. From swimming with sea turtles to meeting vegetarian sharks on the mend, this movie has it all, and makes sure to give an unforgettable adventure. No matter how much I wanted to fight back those who constantly chip away at this flick’s goodness, I couldn’t help but fall back into liking it again. It’s not my favorite Pixar release, nor is it perfect (it has its many nitpicks), but it is great, and one for all families to enjoy. FINAL SCORE: 95%= Juicy Popcorn

Read onward to see my review for the Pixar short, “Knick Knack.” 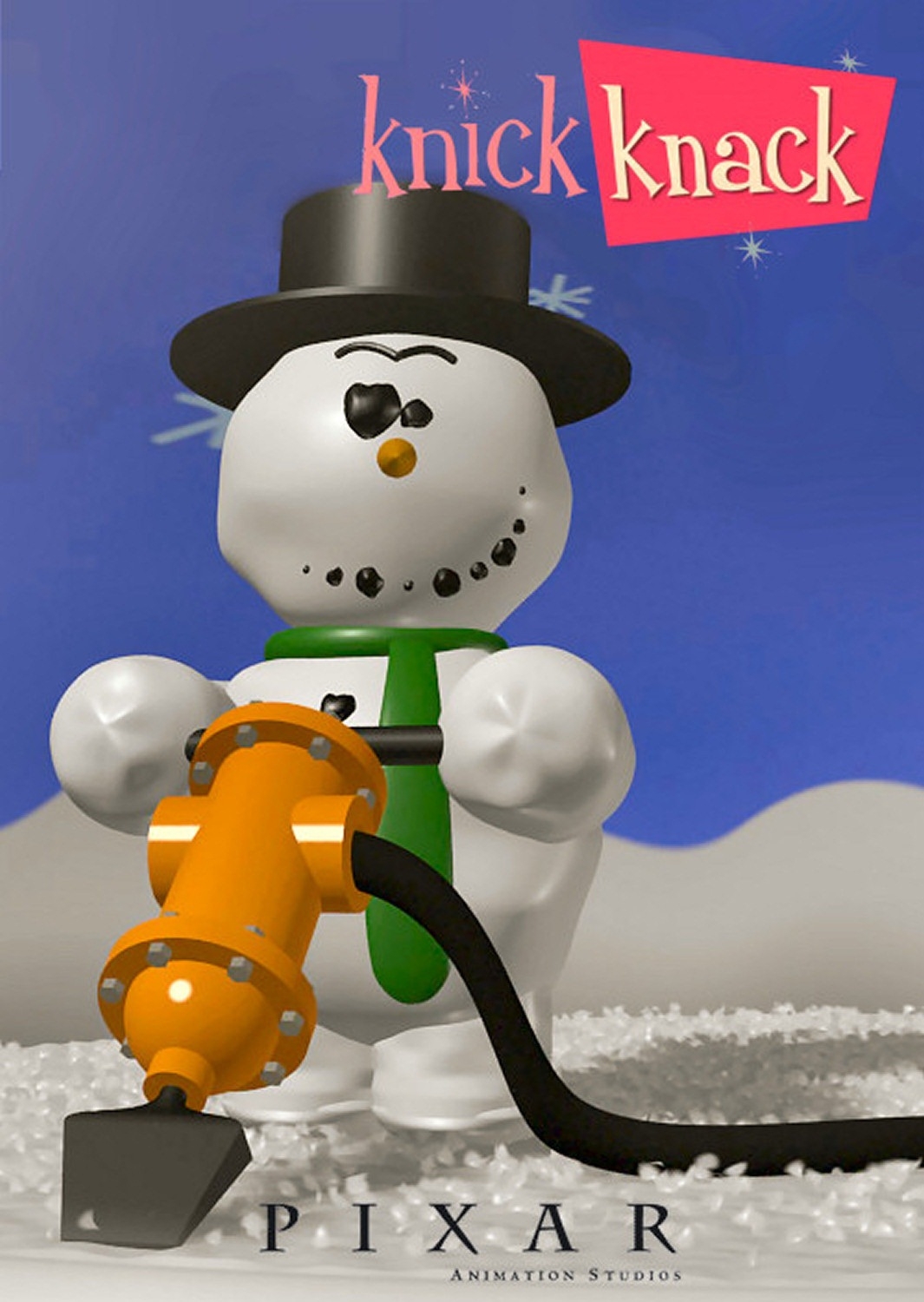 MOVIE SHORT REVIEW: “Knick Knack” is a 1989 Pixar short film which was written and directed by John Lasseter (Toy Story, Cars). It follows a toy snowman as he tries to break out of his snow globe to be with a beautiful mermaid knick knack. 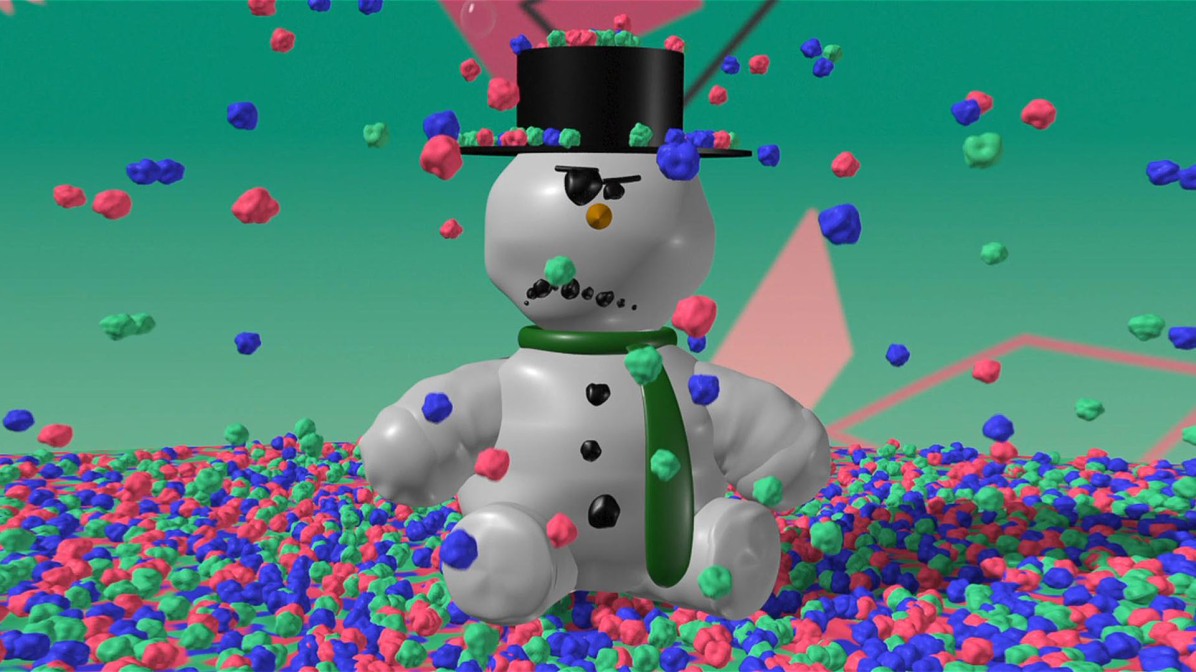 “Knick Knack” would have to be the Pixar short that I have seen the most. Not because I love it, but because it was always easily accessible to watch. I’ve seen it countless times, and I haven’t grown tired of it. Sure, the story has problems (mainly animation goofs are to blame) and the animation is incredibly primitive (reminds me of the old Veggie Tales), but it has some good qualities that make it enjoyable. For one, the music is top-notch. I don’t know how to explain it, but it is catchy, and that’s enough to earn it some points. Secondly, the idea of this is interesting. Pixar loves working with inanimate objects, and they are great at it. Something about seeing a snowman in a snow globe trying to score big with the chicks is enjoyable and funny to me. Pixar did a good job keeping me entertained for the short amount of time this had to offer, and if you are looking for something short and sweet, I’d recommend you to watch this nifty little idea. FINAL SCORE: 80%= Juicy Popcorn

Here is the short: