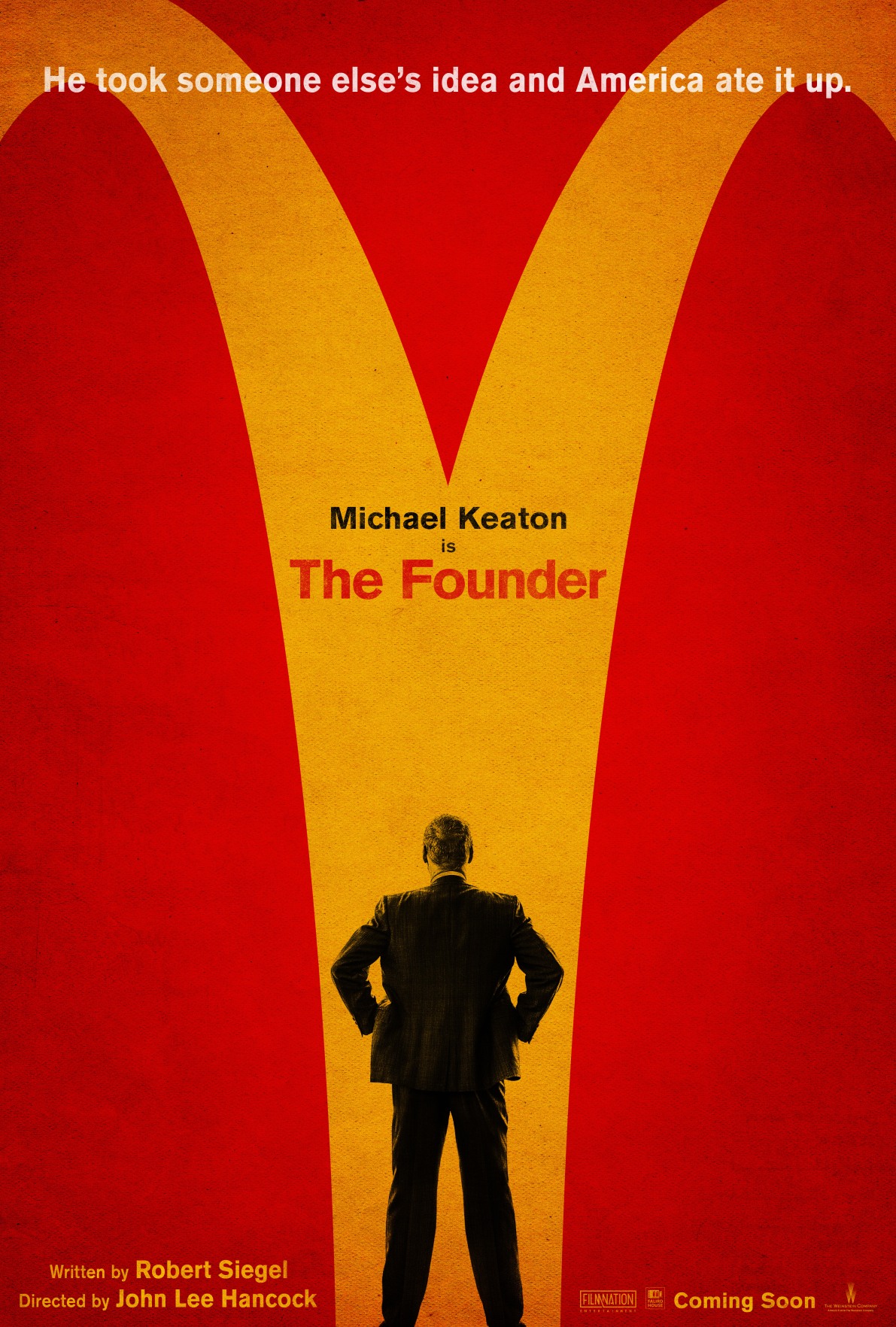 Though I don’t watch many of them, I’m a fan of historical documentaries: films or television specials that give insight on a specific topic in the past, present, or future. Something about history fascinates me, and I’m willing to learn as much as I can about it. “The Founder” isn’t by all means a documentary, however it is a biographical narrative, telling the story of how McDonald’s became a franchise and got to where it is today. Since its trailer, I’ve been wanting to see it. Not only did it provide an interesting true story to tell, but it also stars Michael Keaton, an actor I enjoy watching perform. There wasn’t much riding on this film, being as how it is an indie release looking to only tell a story, though I hoped for it to be great. After watching it, I can say that I wasn’t blown away or seriously let down. “The Founder” is simply a decent film that doesn’t look to excite nor test the audience. You could say that I was disappointed, but there are some good aspects about this movie that keep it from being regarded as a poor feature. For one, the setting and costume design are great. Being set in the 50s, this film is essentially a time capsule. As you all know from some of my other reviews, I enjoy period-piece pictures, and “The Founder” is a prime example. Along with its setting comes a sense of innocence in the fast food game. I loved watching these characters discover things that we already know now; the scene where Ray visits McDonald’s for the first time is great. It’s this setup that keeps this film afloat, as it presents the discovery of the wheel rather than the reinvention of it in its storytelling. Along with these story elements comes solid performances. Everyone did a really good job in their roles; they weren’t breakthrough or Oscar-worthy performances (I’ve seen Keaton in better roles), though they were fitting to the plot. Finally, the sheer fascination in seeing how McDonald’s became what it is today was a key factor in this movie’s delivery. It told its story, plain and simple, and in the process I learned a history lesson (if what most of what was shown is true). If you’re interested in seeing how this big corporation was franchised and get insight on the man who made it possible, you’ll probably enjoy this, though I will say that there are flaws that hold it back from being great. The biggest complaint I have about this film would be its incapability to be bold. Most of what takes place on the screen moves along at a snail’s pace without offering engaging or pivotal dialogue sequences. There’s nothing really unpredictable or moving about this feature besides the small details in getting McDonald’s to stardom. Everything just happens, and before long it ends. Characters come and go on the screen, all in order to move the plot, and there isn’t much development given to them. Even Ray didn’t have development. There wasn’t really a redeeming factor about the man besides him achieving what he set out to do. How he did it wouldn’t appeal to audiences (the corporate business isn’t all sunshine and rainbows), and he shows no remorse in what he did to get to where he is. It’s all just an almost two-hour long watch, full of scenes that work to get to a conclusion as to how McDonald’s was put on the map. It doesn’t matter what happened in-between; the destination was the only thing on the writers’ minds. That’s not to say that I hated this; remember, I said it was decent. There’s still aspects to enjoy, as I have mentioned, and it’s not a complete waste of time. It was nice to learn of McDonald’s and get thrown back in time; I just wish that this film worked on being a great movie as much as it work on telling a true story. Overall, it’s nothing I would recommend unless you want to see how McDonald’s was formed. Though there are certain things about it that make the viewing experience somewhat enjoyable, it could’ve been better. FINAL SCORE: 71%= Burnt Popcorn