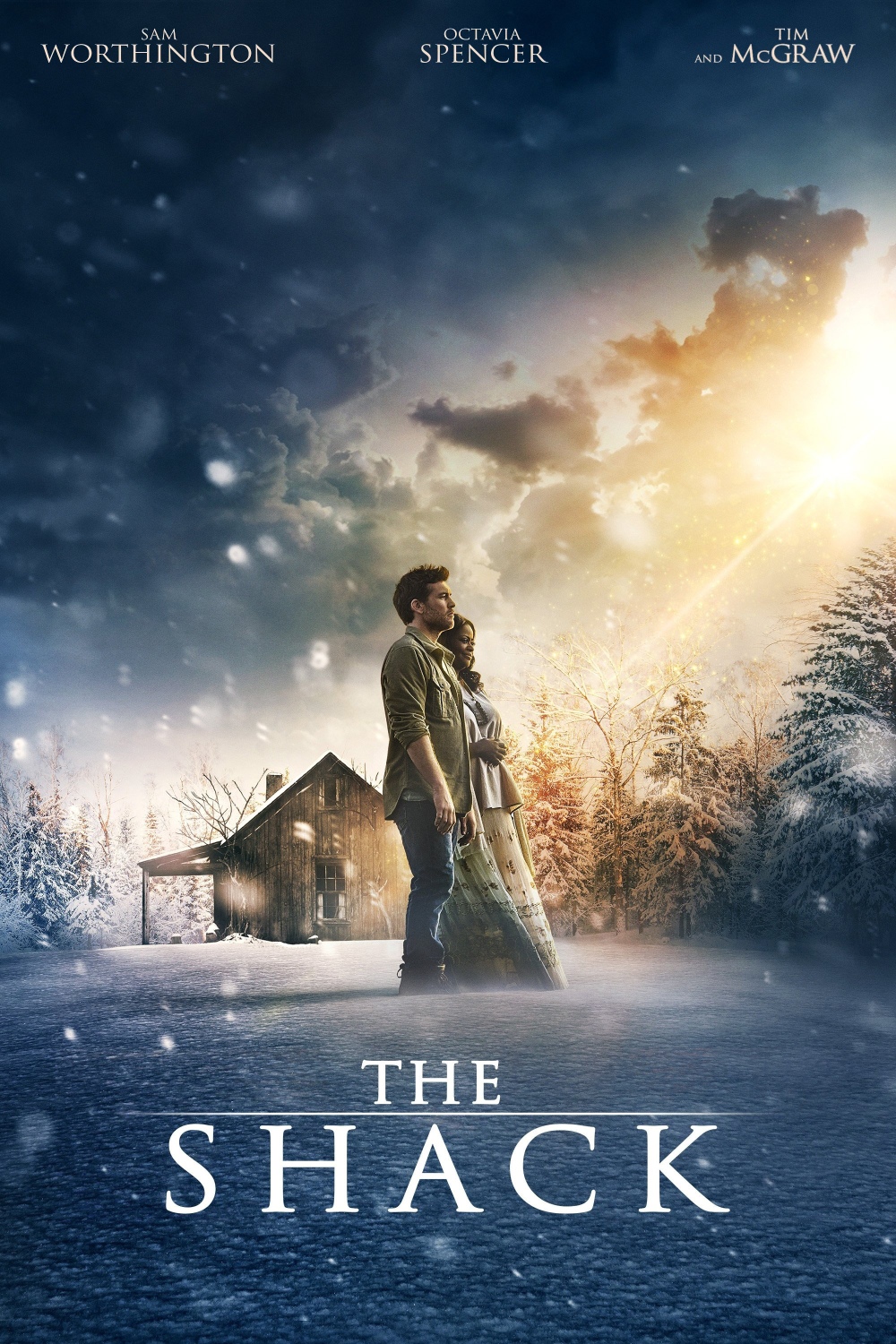 FRIDAY NIGHT MOVIE REVIEW: Last Friday, I saw “The Shack,” which stars Sam Worthington (Avatar, Terminator Salvation), Octavia Spencer (The Help, Hidden Figures), Tim McGraw (Tomorrowland, The Blind Side), Radha Mitchell (Silent Hill, Man on Fire), Megan Charpentier (It [2017], Mama), Gage Munroe (I Declare War, Hotel Transylvania: The Series [TV series]), Amelie Eve (The Exorcist [TV series], When Calls the Heart [TV series]), Avraham Aviv Alush (Beauty and the Baker [TV series], The Gordin Cell [TV series]), and Sumire (Hawaii Five-O [2014 TV series], Inhumans [TV series]). It was directed by Stuart Hazeldine (Exam, Christian [Short]), while the screenplay was written by John Fusco (Young Guns, Hidalgo), Andrew Lanham (The Kid, The Glass Castle), and Destin Daniel Cretton (Short Term 12, I Am Not a Hipster). Based on a book of the same name, “The Shack” is about a grieving man who is called by God to go to a shack in the mountains, where his youngest daughter was seemingly raped and murdered. Through this divine encounter, the man will hopefully learn to forgive and move on with his life. 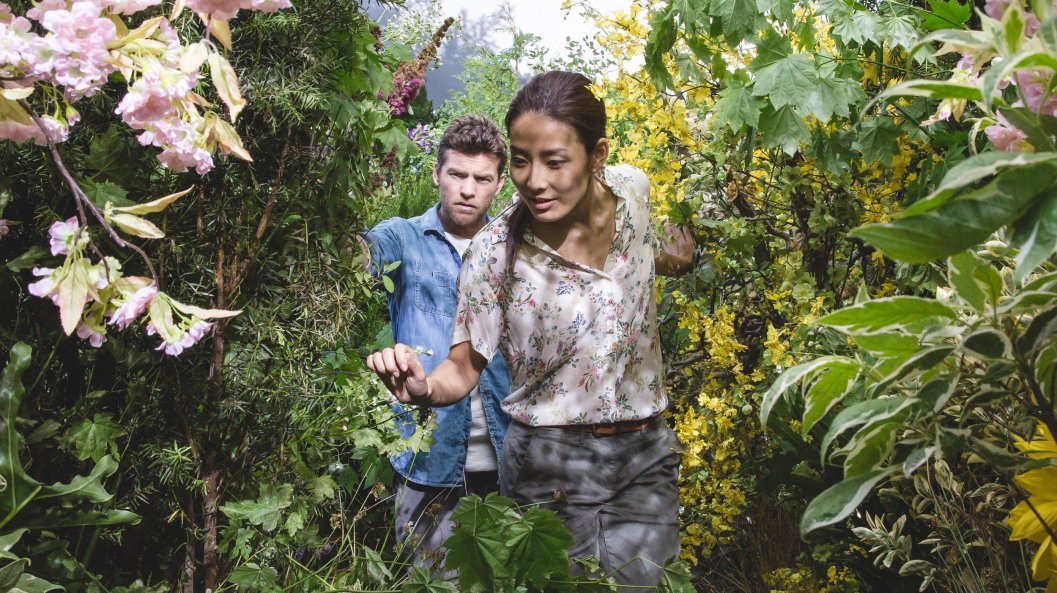 Another film that tries to represent God in a justified light…and another one to fail miserably. When “The Shack” first released into theaters, I heard a lot of scrutiny concerning it. Though I didn’t really hear what heresies the movie presented, I could now tell what they were after viewing the first fifty minutes of the thing. Before I get into the nitty-gritty, I want to make it clear that I don’t intentionally plan to make this film my soap box to argue my religion. However, due to the circumstances that this is a movie that pushes to teach people on faith, I think I am excused to do so. Don’t worry, I’ll talk about the aesthetics and aspects of this as a film itself; I just think that theme is the biggest obstacle to tackle when watching it. If you stripped away the message and were left with the picture’s basic parts, you’d be in for a bland experience (not to say it was lively with the theme anyway). The acting is mediocre, with a horrific performance given by the lead, Sam Worthington. I’ve seen bad acting before, but this was just frustrating. For an actor portraying a broken father, he seemed more reserved than anything. There was hardly any emotion conveyed by Worthington, and any line he delivered was through a grumble. Why the director thought this guy fit the bill is beyond me (it could be his celebrity status for all we know…wait, what status besides “Avatar”?). Everyone else was serviceable to their dialogue, but that could only go so far considering how flat it is. Really the only stand-out performance was Radha Mitchell as Nan, but she barely had any part in the feature (and it wasn’t like she deserved an Oscar either). Besides acting, there isn’t much else to talk about concerning the motor of the film. The musical score was basic and the pacing was sporadic; sometimes it would be fast and others slow, though most of the time it dragged because of the frustrating dialogue and character conflict. Where the meat of the issues lie is in its overall message, which is laden with several heresies that try to paint a different picture of Christianity. What are they? First, God is pictured as a woman. While the Lord is not defined by gender since He is not human, the fact that we call Him a He (and the Father) makes it unlikely for anyone to consider Him a Her. Sorry for the jumbled phrasing there, but the bottom line is that God shouldn’t be portrayed by a woman (I can already hear the scoffs and clicking to exit out of this post now). Secondly, the movie paints a picture of humans having dominance over the Lord, or at least when it comes to behavior. The character of Mack (Worthington) treated God like garbage, yet all he did was tear up and speak kindly. While the Lord is forgiving and loving, Mack was completely disrespectful. We should not think of God being only love, for alongside that is wrath, which has been told just as much in the Bible. This trickles into the final big push this flick tries to make: the Lord has no wrath. Apparently, to this movie’s standards, there is only love with our Heavenly Father, and any wrath is thought up by us. It has to be the most blasphemous statement made by the picture. Once I heard that, I felt like clocking out. This story tries to bring out universalism and emotionalism rather than tell of Christianity and the Trinity in the right light; in the world we live in today, we certainly need to learn more of the latter. I honestly wouldn’t care if everything else was actually great. The fact of the matter is, the theme missed the mark horribly. It was a dread to have to trudge through “The Shack,” not only because its bad message, but also because of its blandness in every category concerning its inner workings. The acting was mediocre, the score was basic, and the pacing was rough. I would not recommend this to anyone, especially someone coming into the faith. FINAL SCORE: 30%= Burnt Popcorn

This movie has been inducted into The Burnt Hall of Shame.

One response to ““The Shack””