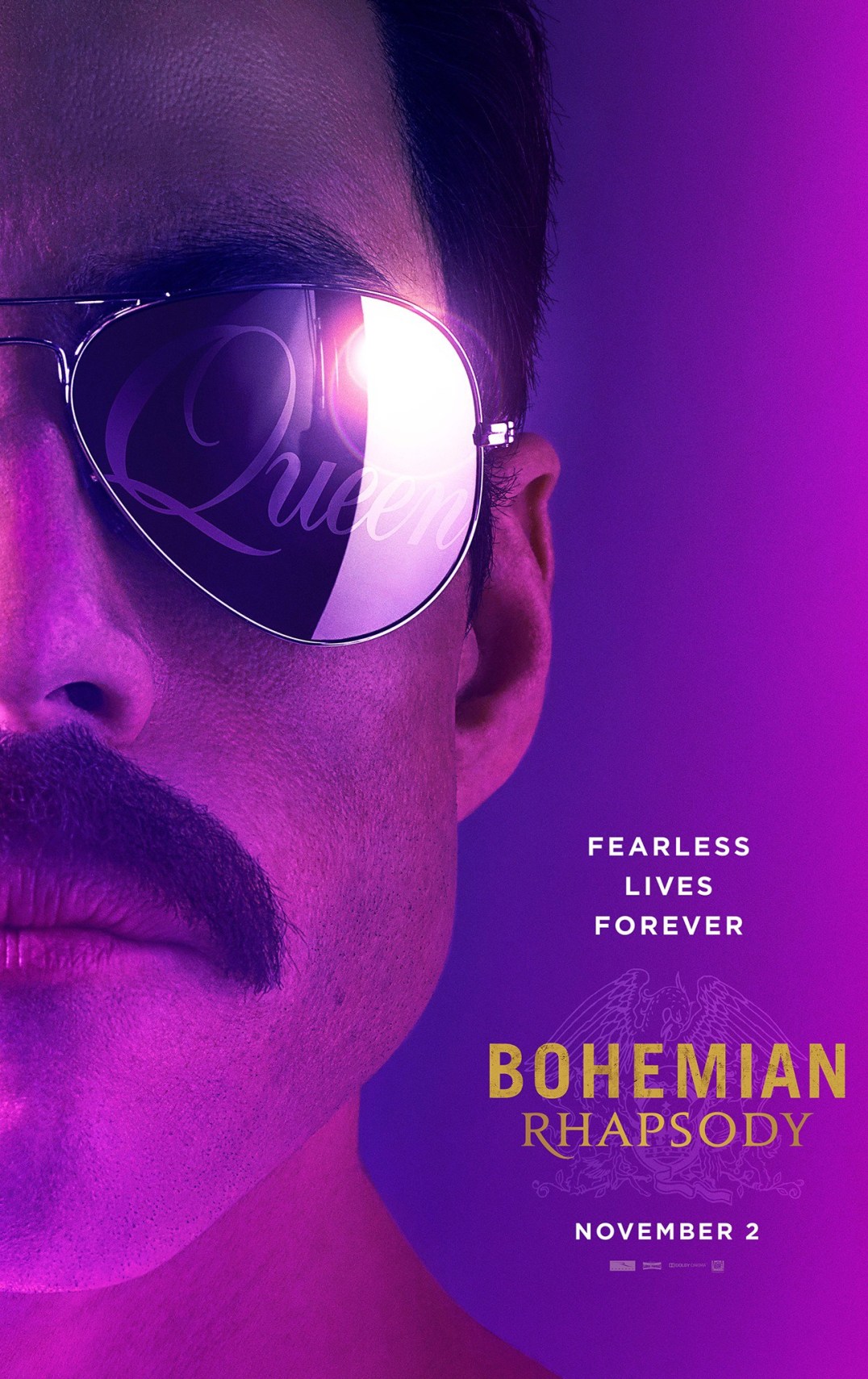 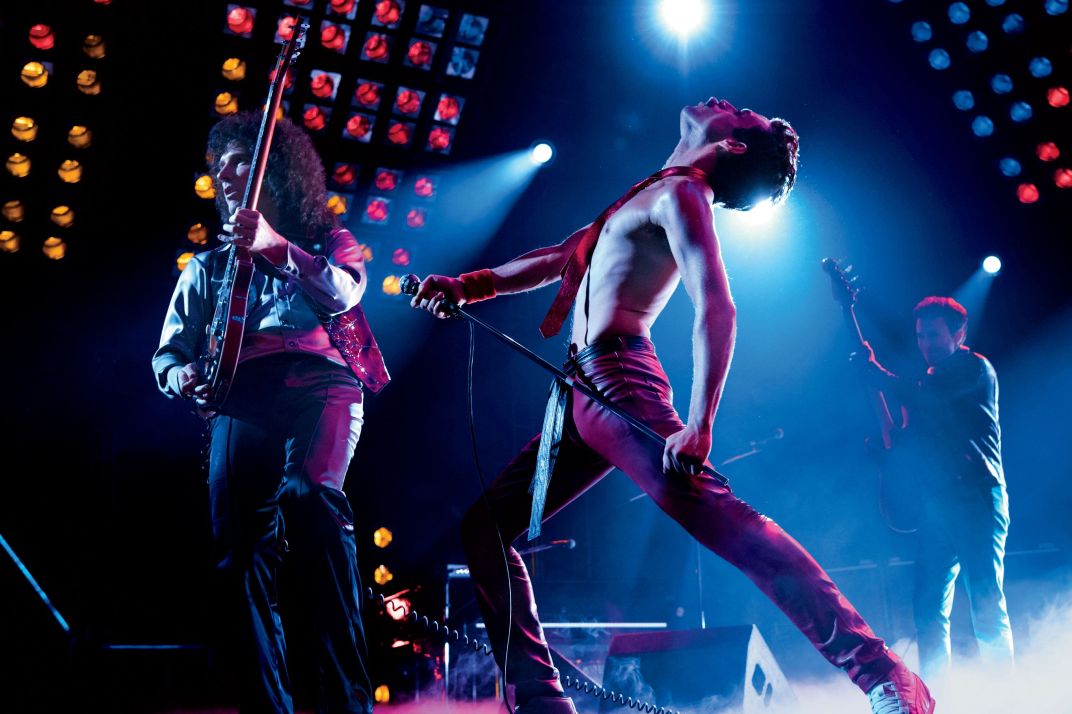 For any kid growing up a rock fan, it was hard to pass up Queen. Personally, they are one of my favorite bands. Their hits are catchy, experimental, and just plain awesome to rock to. Honestly, I only listened to their hits, playing their greatest hits compilation on iTunes from my dad’s account. Have I branched out to their other stuff since then? No, but I should. Regardless, Queen made a huge splash in the rock scene back in the day, and have left an impression on music in general. When you think of Queen, besides their songs, you can’t help but envision Freddie Mercury, the band’s lead vocalist who made Queen… well, Queen. His story’s an interesting one, going from a nobody to somebody almost instantly, only to die too soon due to aids in 1991. I knew almost nothing about the man, besides his sexuality and battle with aids, before I walked into this movie. If anything, I knew it would be cool to see how some of the songs were created, but I did hope that everything surrounding the songs was engaging. Obviously, because Freddie was gay, the question of whether or not this film focused heavily on that subject (and possibly glorifying it) made me a bit nervous. I wasn’t looking to watch a PSA, but rather a journey of an iconic band and the songs that defined them. And while this feature’s main focus is on Freddie and his broken nature, it wasn’t as disheartening as I thought it’d be. In fact, it painted Freddie to be a lost, broken individual who found comfort in sex with men. Rather than glorifying it, the film displayed it as something filthy, mainly because Freddie’s life was filled with empty love. At times, he was pitted as the bad guy, which was an interesting take to say the least. Rami Maleck did outstanding in the role, losing himself in his performance to evoke something raw and genuine. He’s truly an up-and-coming star, and he was the biggest pro out of this whole film (besides listening to Queen’s songs, that is). In general, all the actors did good in their roles; even Mike Meyers, who went with his go-to Scottish accent for his small role (good to see him in a movie once again, for sure). Everyone put in a solid effort to get this story rolling, and for the most part it lands well. The only troubling thing about “Bohemian Rhapsody” is how it doesn’t really excite or raise itself above the rest of the biopics. It plays out as you think it would, investing in both the lead vocalist and the band’s success, but there wasn’t much that had me thinking “this is spectacular.” The story of Freddie Mercury, while sad and full of material, just wasn’t as gripping or mesmerizing as one would wish for. I was interested with what happened on the screen, but that was mainly based on the fact that I knew nothing about the guy. If I were to watch this again, I know I’d grow in boredom with the parts that weren’t Freddie performing with his band. The conflicts he faced and the relationships that were developed weren’t terrible, but they also weren’t the best that I’ve seen either. In one way or another, you’ve seen some of the same plot devices utilized in other flicks used in this one. It’s not a bad thing, as nothing is new under the sun, but there just wasn’t enough of a pull to really make me want to give this a high score. There were notable scenes, mind you, specifically those involving the Live Aid concert. That was an awesome moment, especially the shots they got of the crowd and the actual performance given in the film’s final moments. The story does a good job giving us a journey that pays off, just not a journey that leaves me running to all my friends imploring them to see it. All in all, “Bohemian Rhapsody” is a solid flick that is interesting and has music that’ll get your foot taping (at least). However, it just isn’t as monumental as led to believe. FINAL SCORE: 74%= Juicy Popcorn

One response to ““Bohemian Rhapsody””