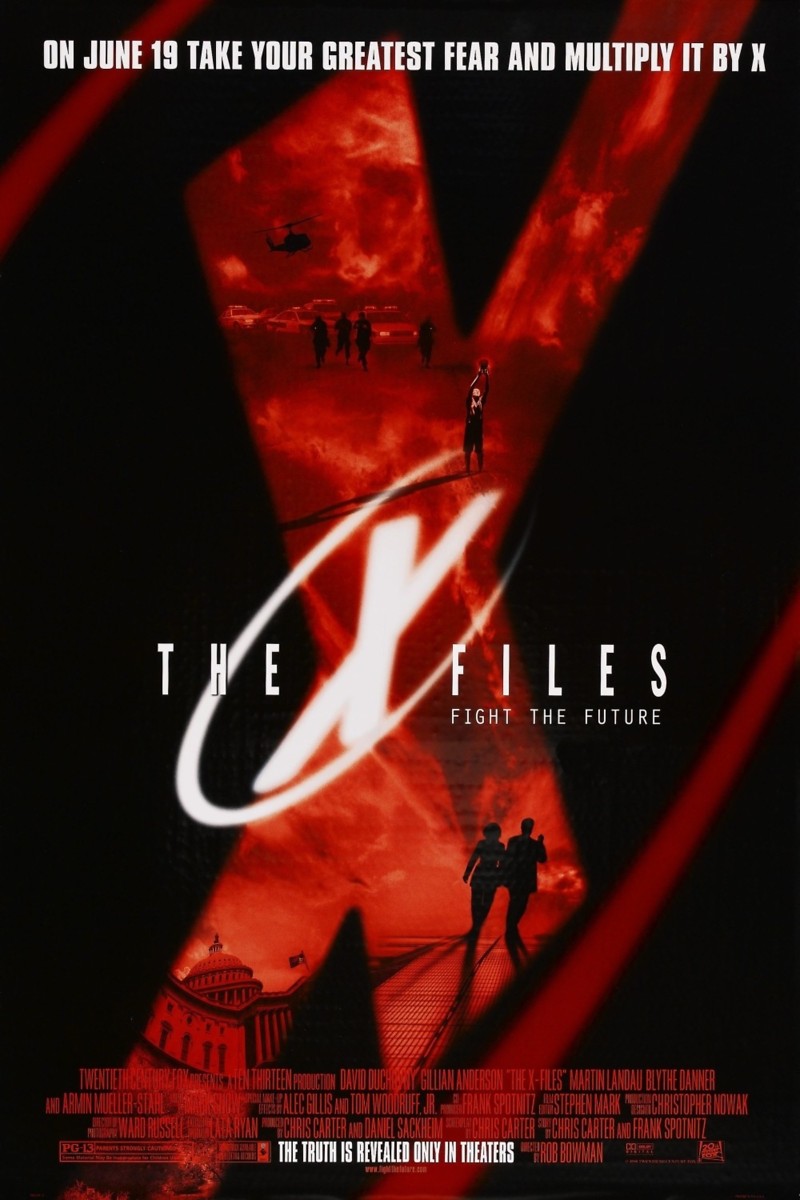 Slowly, I’ve been going through “The X-Files” series for the first time. Now that I’ve completed the fifth season, it’s onto their first feature film, “Fight for the Future.” It had a theatrical release, so why not review it? Essentially, the movie is a two-hour long episode with more money and bigger stakes. Is that a recipe for success? Sure enough, it is, but not without its problems. It was nice to see these characters get more room to stretch their legs. The visual effects are better, the sets are expansive, and we get to see a conflict unfold before the eyes of these figures we’ve come to know and love: Fox Mulder and Dana Scully. Much like the show, I love their chemistry. With series creator Chris Carter taking reigns as writer, you are in good hands when it comes to the characters. People we know from the show return, like Skinner and Smoking Man, and newbies surface, like a surprise supporting star in Martin Landeau. There’s a lot to see in this jam-packed story of extra-terrestrial life and what the government is hiding; some things new to discover, and others we’ve seen done countless of times on the series, just repackaged. Am I experiencing fatigue in the niche “X-Files” has created for itself? Sometimes. It wasn’t terrible with this film, but every now and then you’ll experience dialogue moments that completely rehash scenes you may have witnessed in the show (over dozens of episodes). It’s in these times where all I can do is sigh and move on. Who’s to blame Chris Carter though? It’s a process that works time and time again. Not only that, but he also wanted to make this film an experience both avid fans of the show and popcorn-goers who have never seen it can enjoy. When I heard this explanation (before watching the movie), I was on edge. Would it be canon? Would things be repeated? Thankfully, not so much. Carter was able to finesse the script to where both parties could enjoy, even though there is some give and take. Characters we love from the show like the three nerds could make people who have never seen it confused (they were never introduced in their scene). Also, Mulder and Scully never refer to anything done in the show, aside from the X-Files being shut down. No mention of Scully’s cancer, or the fact that someone torched the X-Files office (sorry if these are spoilers to you, I’m reviewing the film, not the show). This can make things a bit frustrating, as I don’t quite know what is considered new to them or not. Heck, Mulder and Scully come across virus-infused bees in this; something Mulder discovered in season four yet never mentioned in this feature. If this flick placed itself entirely outside of canon, I wouldn’t be as nit picky (though I would find it a waste of time). But the fact that they are following the thread woven by the series means that they are accountable for retaining continuity of the story frame. Really, that’s my biggest gripe about the film. Aside from that, there isn’t much more to complain. I love Rob Bowman’s direction, the performances, and the action sequence are cool. Also, I enjoyed the threading of the theme song in the score; you can beat it’s iconic tune. The plot itself is also interesting, carrying over from the series and expounding upon it with bigger stakes. I never really knew where it would take us (at least when it came to the reveal at the end), and found myself engaged throughout the adventure. Though it doesn’t play out too much like a regular feature film (it still has a slight feeling of a special episode), I would say “X-Files: Fight for the Futurs” is an enjoyable release for fans of the series. I didn’t see it with a non-fan, so I have no clue what the consensus is on that matter, but as for me, I’d say it’s a good watch. FINAL SCORE: 83%= Juicy Popcorn