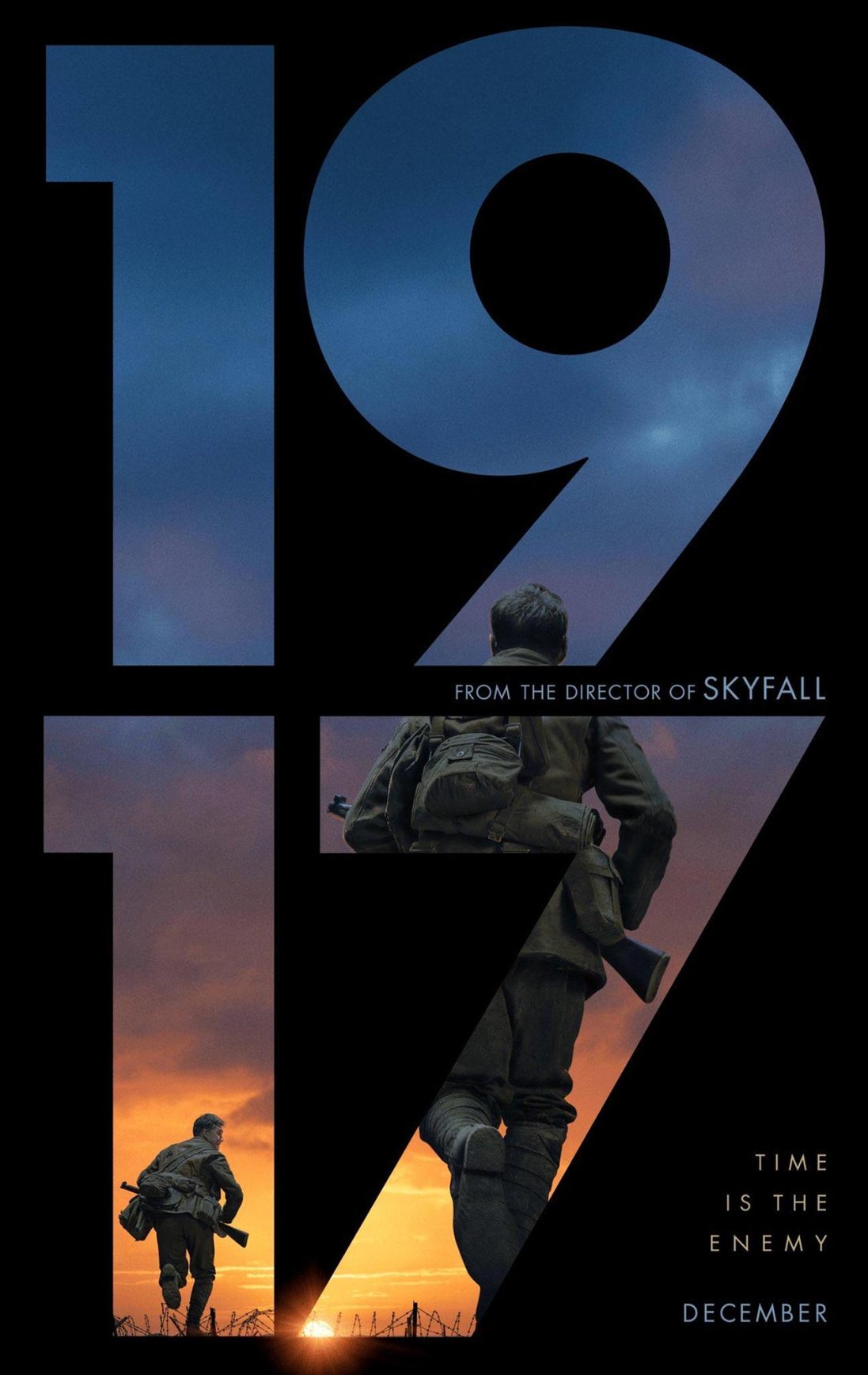 MOVIE THEATER REVIEW: “1917” stars Dean-Charles Chapman (Before I Go to Sleep, Game of Thrones [TV series]), George MacKay (Captain Fantastic, Peter Pan [2003]), Daniel Mays (Rogue One: A Star Wars Story, Mr. Nobody), Colin Firth (Kingsman: The Secret Service, A Single Man), and Benedict Cumberbatch (The Imitation Game, Star Trek Into Darkness). It is directed by Sam Mendes (Road to Perdition, Spectre), who also wrote it with Krysty Wilson-Cairns (Penny Dreadful [TV series], Last Night in Soho). Two soldiers are tasked with the deadly mission of traversing enemy territory to send a message that will stop over a thousand men, including one of the soldier’s brother, from walking into a trap.

If you asked me a year ago that this so-called “1917” flick would be a front runner for Best Picture, I’d think you’re high. The first trailer that dropped for this film was rather sub-par, never enticing me to see it due to its familiarity. But then the behind-the-scenes featurette came out; everyone went nuts, including myself. To make this picture look like a oner? That’s crazy. Haven’t seen that craft since “Birdman.” Not only that, but seeing the duo signed onto this (Sam Mendes and Roger Deakins) assured me all the more. Currently, I’m living in Los Angeles, having moved here for a film program. I thought if there were any feature I’d try to see out here, it’d be this one. Sure enough, the tickets were expensive (somewhere around twenty dollars), but the overall film made up for it. “1917” isn’t our next “Saving Private Ryan” or even a movie that is on the scale of your classic epics like “Braveheart.” Rather, it is a small, beautiful piece about carrying out a mission, all of which being shot with precision. I loved the scope of this, making a personable tale by extravagant means. From a technical standpoint, it’s an absolutely flawless feature to watch unfold. The camera and lighting work were downright astounding, a true tour de force in the realm of cinema. Clearly, if you want a visceral adventure, this is the one for you. There’s plenty of memorable moments, given life by both talent crew and cast. The performances in here were great, led by two actors that Hollywood isn’t all too familiar with, but come to play their a-game nonetheless. As an aspiring filmmaker, seeing the execution of this feature had my eyes glued and mind puzzled. To think that they were able to choreograph these big set pieces in such a skilled manner is mind-blowing, and keeping it grounded without giving way to fluff made it all the better. “1917” is a moving picture, with really the only imperfections arising from the story. Our characters are told to get from point A to point B in a certain amount of hours, though I feel like the time it took to cross the terrain was way shorter than the amount of time expected. Shooting everything to feel like a oner restricts the storytellers to the confines of real-time storytelling; meaning, if the movie is two hours, the story unfolds in a two hour time window. Granted, there is in fact a break taken in this feature, but I don’t think it makes up for the inconsistency. That’s not to say that this completely derails the experience. I’m having to get nit picky on this picture to really justify the score I’m giving it. The bottom line of it all is how, while I find it to be masterfully done, there isn’t much to the story. The whole point A to point B venture doesn’t really hold up if it wasn’t done in a oner, because we’ve seen this kind of story before. It’s the difference in how it was made that makes “1917” a wonderful feature, through and through. And at the end of the day, it’s a great film that will be studied in film schools for its techniques. I recommend it. FINAL SCORE: 95%= Juicy Popcorn