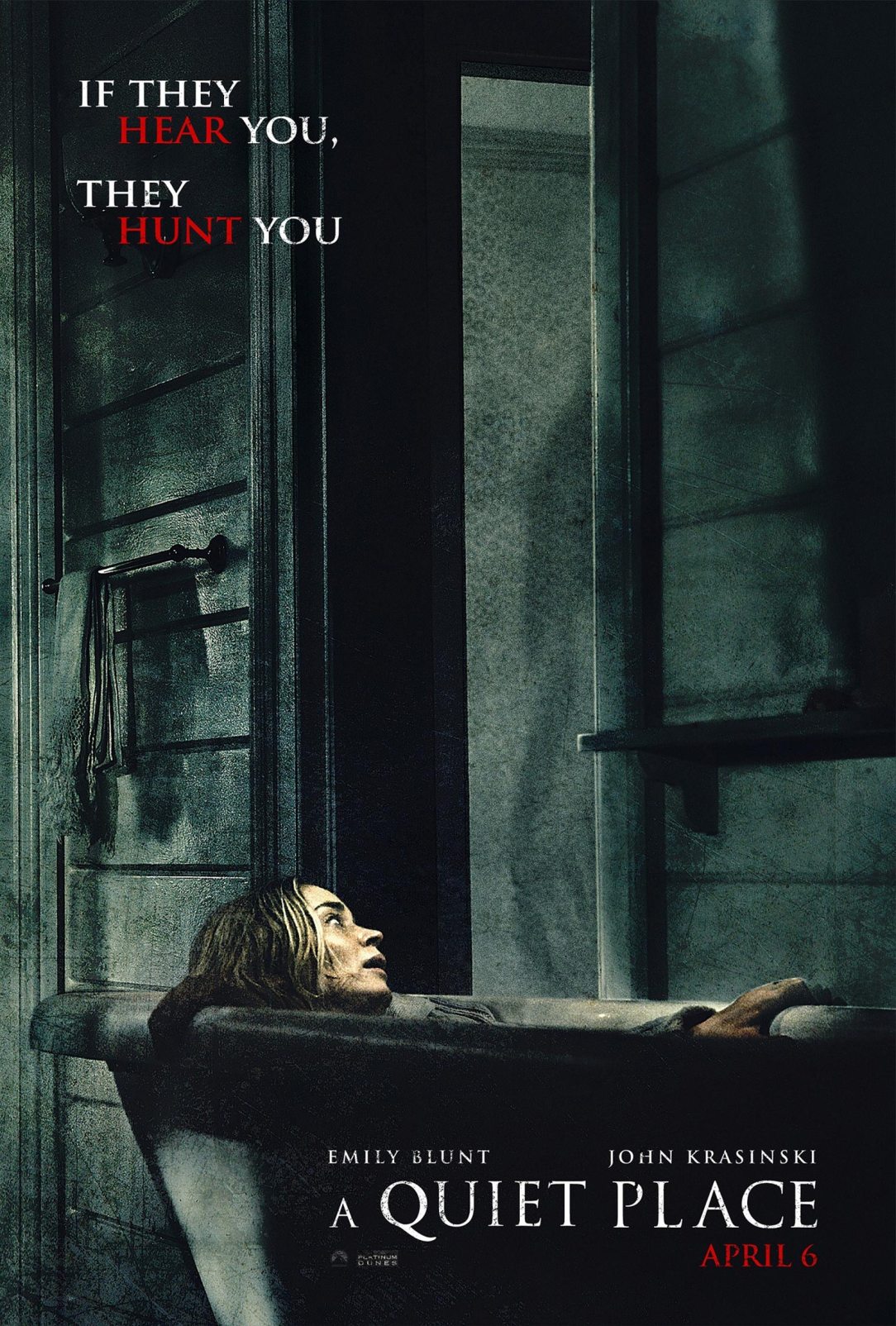 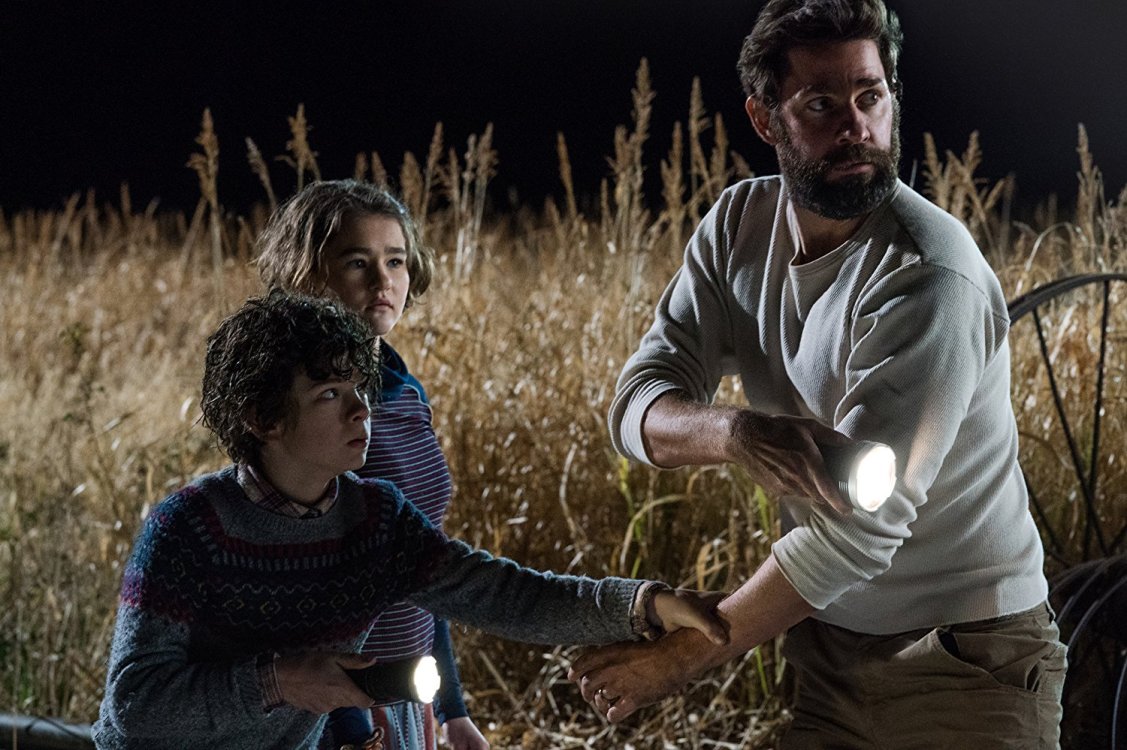 For those of you remotely wondering… no, I haven’t seen “A Quiet Place.” Until now! Mainly, my stalling of viewing this was the fact that I was spoiled the ending. Not the entirety of it, but a certain element. Without spoilers to those who still haven’t watched it (and weren’t told anything about it), it involves something… sad. Not much to go off of, I know, but those of you who’ve seen this movie will get it. “A Quiet Place” is really a special project. I haven’t really seen anything like it before (besides the monsters who look like Demogorgons), and the fact that John Krasinski pulls this off without really any dialogue or noise shown is a feat in and of itself. This is a smart horror; really, a thriller. Actually, it’s a thrilling family piece, not rated for all audiences. Does that make sense? I sure hope so. This movie centers around a broken family with problems they have to solve internally while outside forces fight against them. Unfortunately, those outside forces are sensitive to sound, and will kill you if you speak. How they hear from long distances (and get there in a flash) I have no idea. That’s not the point. The true point to this story is this family dealing with their issues, and it is executed rather well. Granted, the main focal point is Krasinski’s character and his daughter, but there’s stuff to do for the other characters as well. Everyone did a fantastic job acting. The played their A-game and made for believable performances. One of the real treats of this feature is also seeing real life couple Krasinski and Emily Blunt play husband and wife; you could say they had good chemistry. Everything that was executed on this film from a technical aspect is genius, from the blending of visual effects and preciseness of sound design. It’s an engaging experience that leaves you on the edge of your seat, and surprisingly enough it doesn’t even last that long. This is a short movie folks, rounding out ninety minutes. Everything feels condensed, but then again it doesn’t need a lot of explaining. While I would’ve loved to see more dialogue (out of preference) that’s not this movie’s bag. It’s a semi-silent film that knows itself. Not only does it offer thrills, but it gives you characters to connect to, and that’s what I look for most in these world-building films. Seeing as how they are making a sequel, I can assume a majority of people liked this first entry, and if you’ve heard similar responses, they’re right. “A Quiet Place” is a fresh experience that doesn’t play itself for cheap thrills. It’s executed well from a technical standpoint and grounds itself in its characters, making for a memorable experience that I’m sure everyone will enjoy. FINAL SCORE: 92%= Juicy Popcorn

One response to ““A Quiet Place””