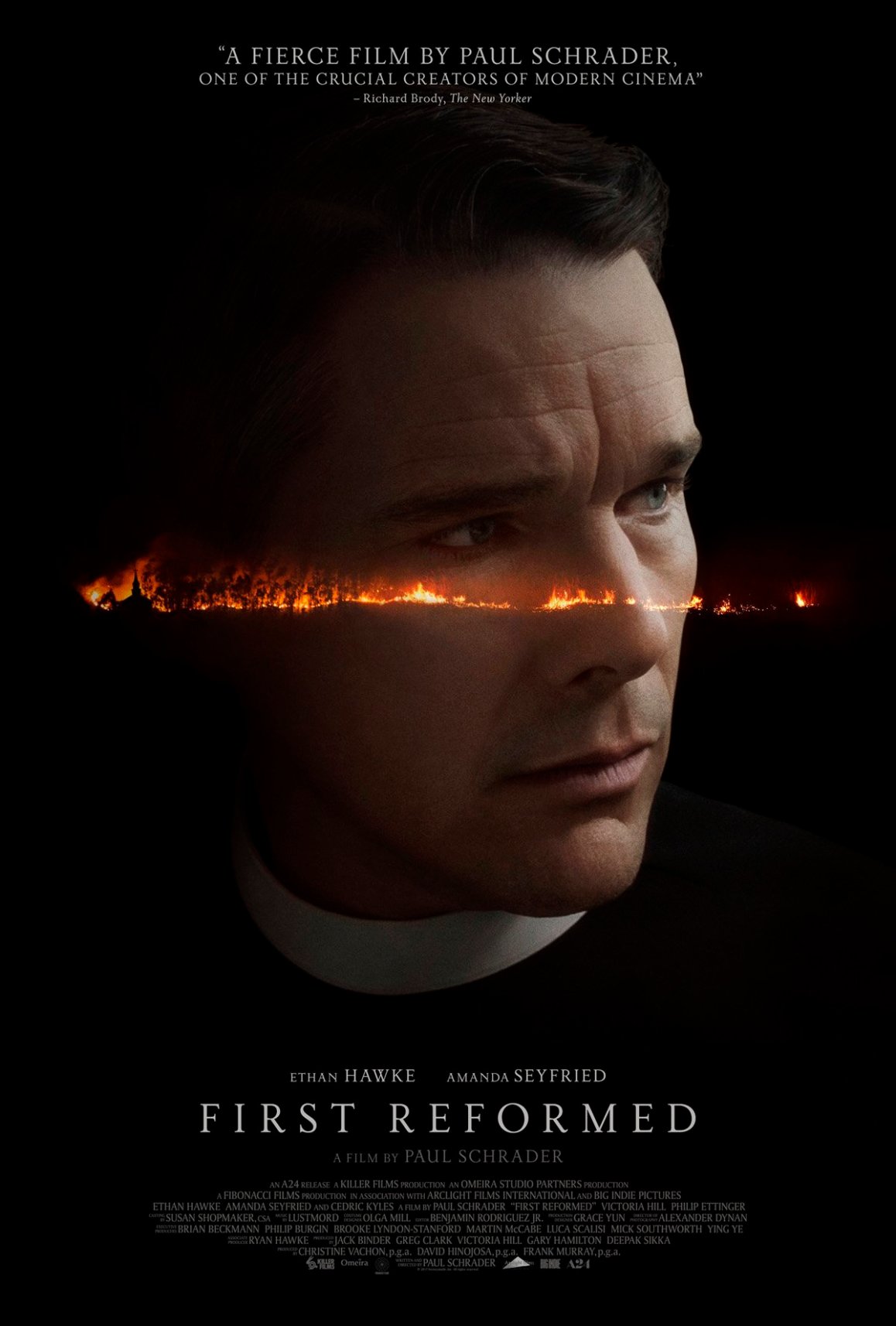 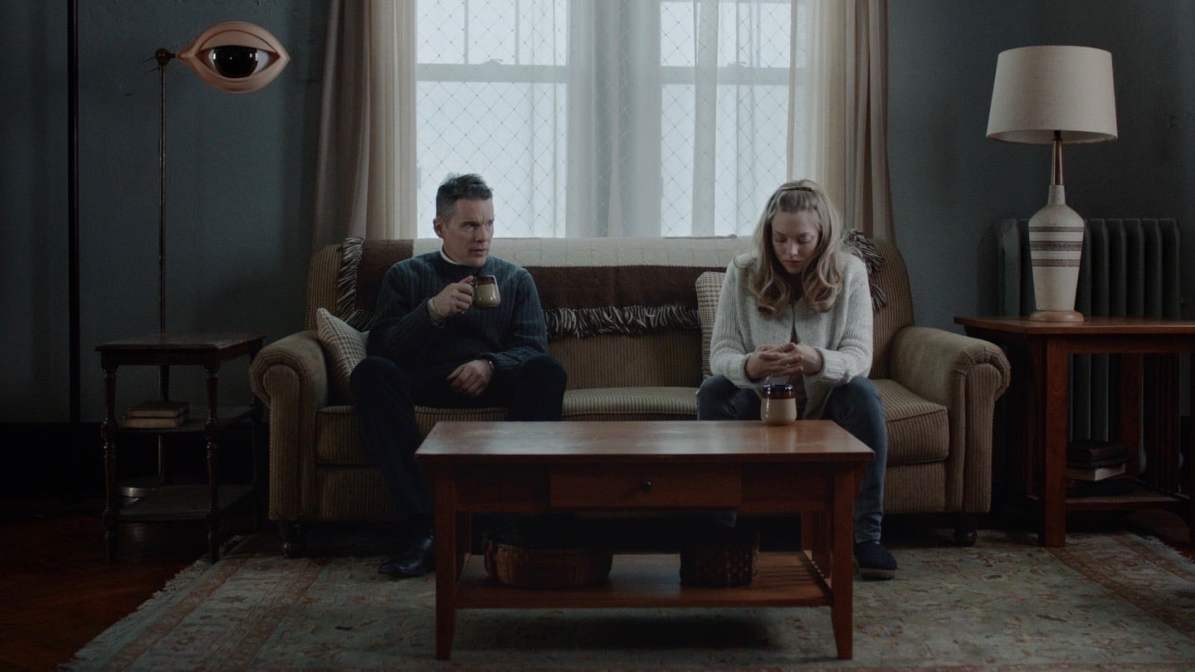 Paul Schrader crafts an unsettling piece with “First Reformed,” the tale of a small town priest struggling in his faith when faced with a troubling ethical question. With its boxy Academy ratio, awkward static composition, and restrained performances, the film sets out to intrigue, and that it does with this reviewer. Ethan Hawke once again gives a brilliant performance in the role of Toller (Hawke), a priest who basically takes a downward spiral throughout the course of the picture. His questions are sharp and dilemma interesting. During Toller’s journey, he keeps a journal of his various thoughts in a year’s time. Questions on prayer, forgiveness, and man’s destruction come into the fray, all of which amount to an exploration involving global warming. Some audiences will be triggered, some elated, others horribly confused. While the global warming bit is at the forefront, it is merely a plot device to get a theme across. The question that is brought up repeatedly is “will God forgive us?” This is explored through the interactions of civilians (surface-level Christians) as well as preachers. The talks on prayer are the most thought-provoking, and there is quite a bit covered given how Toller doesn’t feel good enough to pray to God. For the most part, I was engaged in this exploration of spiritual thought, and found myself hanging on until the final moments of the story. Do I support what is spoken in this film? No, not entirely. However, I do applaud Schrader for making every character broken. The arguments he writes in this feature hardly declare a winner, and the scene between Toller and Paster Jeffers (Cedric) regarding “always being in the garden” is the best moment. It really paints a picture of who Toller is as well as the movie at large. Forty days and forty nights. “First Reformed” will surely not be everyone’s cup of tea. Heck, there are parts that even push me away. But I do think it’s an interesting piece to see unravel. The ending is debatable concerning quality. Without spoiling anything, I will say it concludes abruptly, to the point where my brother and I laughed at how that was the ending the filmmakers chose to put in. I won’t say I liked it; I actually hated it when I first saw it. But now I’m simply indifferent. There’s clearly a point made with how the film wrapped itself up, but for a simple man like myself, it’s difficult to pinpoint what that meaning is. Research will surely have to be done. Overall, “First Reformed” is an intriguing watch with solid performances, great visuals, and concepts that will keep you invested. As stated, it’s not for everyone. If you are looking for something methodical, this movie can offer it; otherwise, it’s not something you just pop in on a Tuesday night for fun. FINAL SCORE: 73%= Juicy Popcorn

One response to ““First Reformed””