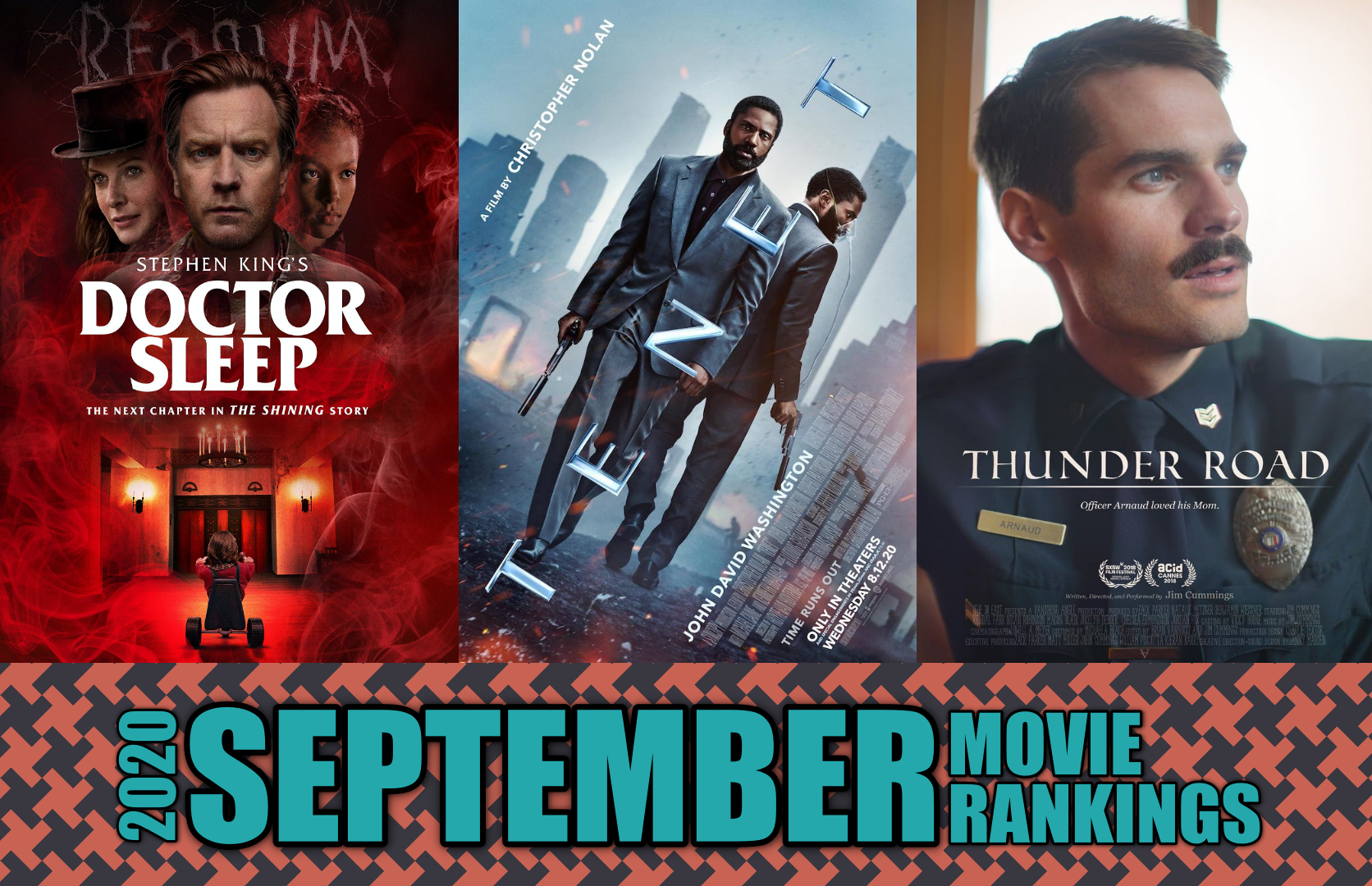 2020 SEPTEMBER MOVIE RANKINGS:
Three movie reviews. A movie ranking posted five days after the month has ended. How typical. Sorry folks. Honestly, if I didn’t see “Tenet” three times this month, I would’ve made more room for other films (you’ve really gotta study that Nolan brain game). We’ll get em in October, and that’s a promise; I’ve already got more reviews queued up than the list of this entire rankings. For now, let’s see how September stacked up… 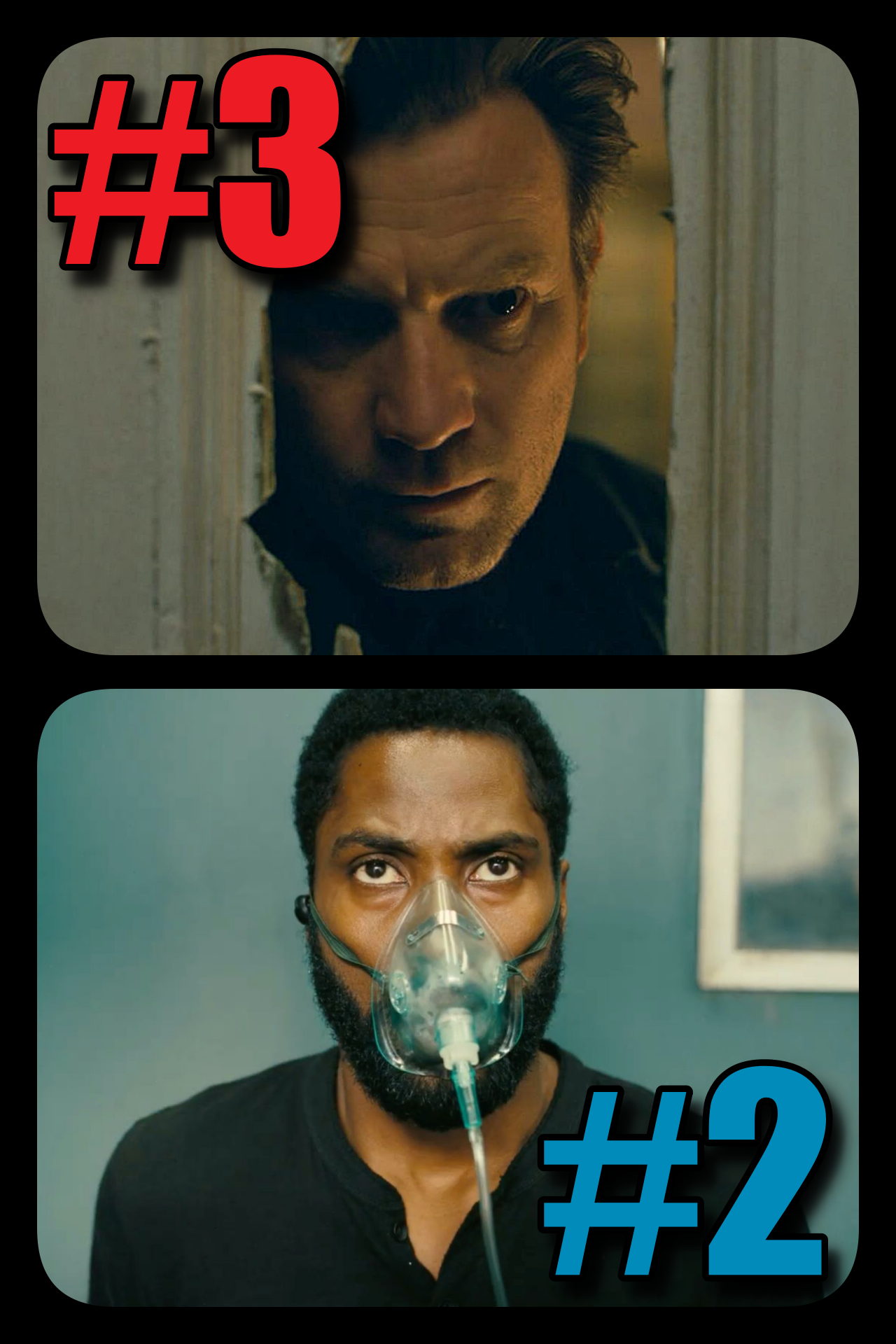 #3- “Doctor Sleep”
79%= Juicy Popcorn
Pros: Tense sequences, well-developed villains, haunting visuals, fantastic use of “The Shining” elements, solid performances, and an entertaining watch.
Cons: Certain scenes and character motivations came off a bit too silly and contradictory (particularly with the character of Billy Freeman). It is also a story that, while answering some questions to the mythology of the Shining, poses many others (which could be frustrating to viewers).

#2- “Tenet”
86%= Juicy Popcorn
Pros: Awesome concept (one of, if not THE, Nolan’s best), jaw-dropping visual experience, great cinematography, killer ending, and an original spin on the spy espionage genre.
Cons: The first act is almost a complete wash of exposition (that, during a first watch, can be confusing/too much to take in), there isn’t much to the characters, and it was hard to hear some of the dialogue due to muffled talking/background SFX.

In a surprising turn of events, Jim Cummings’ “Thunder Road” edges out Christopher Nolan’s “Tenet” to become September’s Movie of the Month. It will go up against “1917,” “Jojo Rabbit,” “Parasite,” “Uncut Gems,” “Silence,” “The Man Who Wasn’t There,” “A Ghost Story,” “Prisoners,” “Ford v. Ferrari,” and the other montly winners to see who has what it takes to become the next Movie of the Year.