Catholic school must’ve been rough, huh? It’s quite prevelent in cinema, at least the upbringing of some filmmakers in Catholicism. “Lady Bird” got great buzz two years ago, so why not dip our toes back into that realm? Honestly, the trailer for “Yes, God, Yes” is intriguing; it’s not your run-of-the-mill Catholic kid trying to rebel against the system. It’s more focused, primarily on the basis of sex and how the denomination deems it an unforgivable sin (should it be done without marriage and the mindset of producing offspring). Quite crazy, but I’m not surprised that there have kids taught this way.

The tone “Yes, God, Yes” presents is right up my alley. Awkward, witty, and often dry. The humor works on a small scale, never really flaunting around a punch-line, but sneaking a good joke every now and then. It utilizes music queues, camera composition, and editing to garner the laughs, though the meat of this tale lies in the lesson Maine seeks to tell. As you already know, lust is a common sin; and we’re made of flesh, only saved by the grace of God through the death of His Son, Jesus Christ. We’re bound to make mistakes and shouldn’t be expected to live up to a perfect vision of humanity (it’s why we were dead to the law and were in need of a savior in the first place). So, in short, this Catholic school is whack in its goal for its students, and Maine explores this. 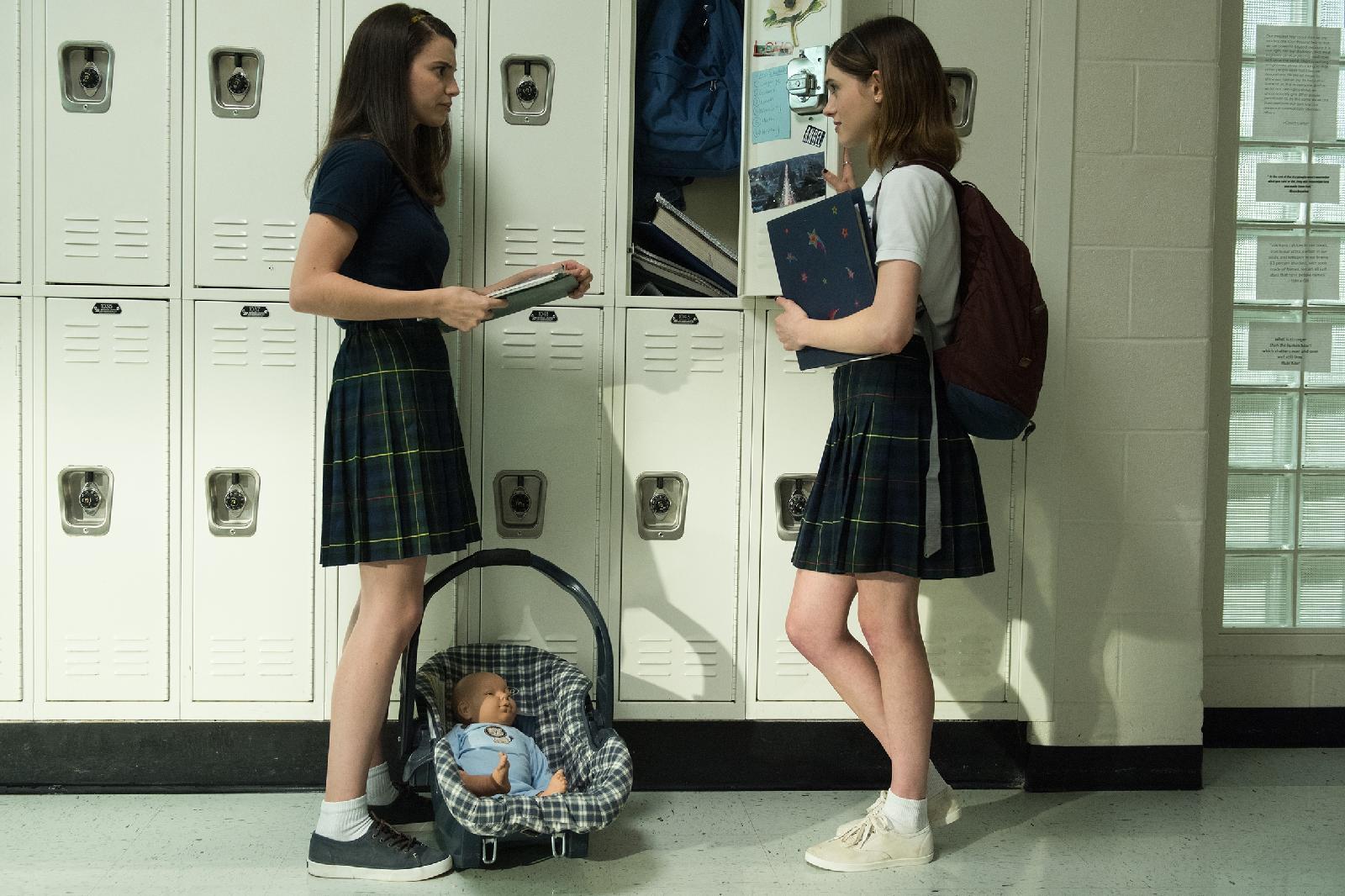 I thought the performances were solid. It was a neat experience seeing Natalia Dyer in a role other than Nancy in “Stranger Things,” to which she did an exceptional job. She played the curiosity angle well, and even got me to laugh a few times in her straight-man role. The ensemble that filled the screen with her were also good, especially the “teens” (they all look like they’re in their twenties) who leaned into the awkward well.

At only an hour and seventeen minutes, this flick is a breeze. It gets to the point and showcases some good, fun situations that keep you engaged. Yeah, it’s a type of movie we have seen before, but at least its characters and focus are different. The only big issue I have with “Yes, God, Yes” would be its ending and overall message. Up until the final scene, I was onboard with what Maine was getting at; if we don’t confront our issues and recognize that we are flawed, we will be left chasing after a false perfection and fall short of what God intends for us. However, by the ending, Maine tosses in another element: run wild with your sins. I’m sure people who don’t subscribe to Christianity won’t care, but as for me… I do. It’s the wrong message to send to audiences. While it is vital for us to realize we can never be perfect (and to discuss the issues that affect our daily lives), we should not be carefree and do what’s wrong. That’s just not right. I won’t stay on my soapbox for any longer about it, but the final moments left a bad taste in my mouth, taking off quite a bit of points as an end result. Besides the ultimate lesson Maine leaves us with, “Yes, God, Yes” is a fun watch, full of realism and wittiness that’ll surely entertain some folks. FINAL SCORE: 70%= Burnt Popcorn