After learning his girlfriend has erased him from her memory, Joel (Carrey) seeks the same operation, but quickly realizes that he doesn’t want to forget her, and desperately tries to hold on to her memory. 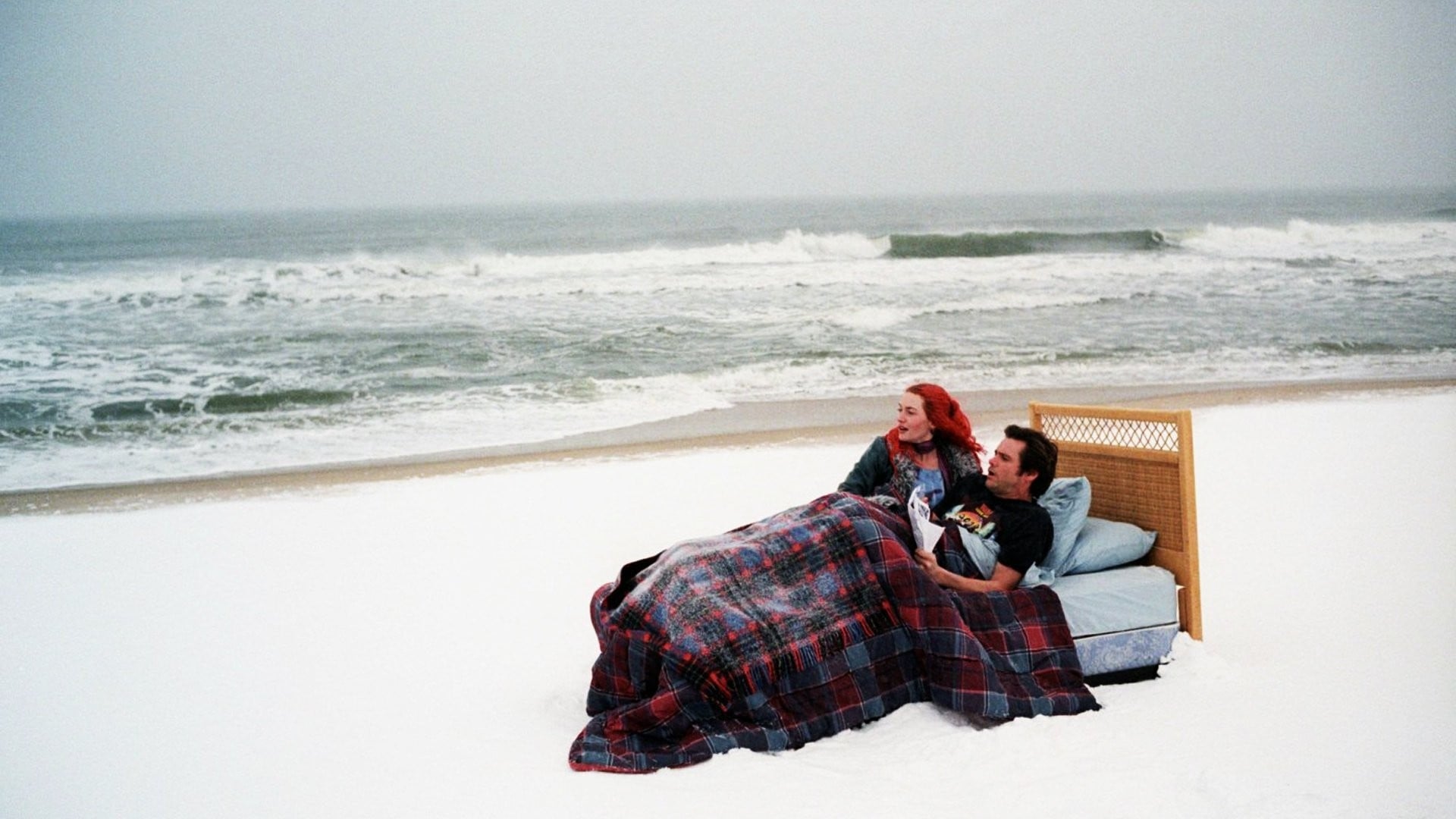 It’s only taken me an eternity, but I am back once again reviewing another film. This time? “Eternal Sunshine of the Spotless Mind.”

Yes indeedee folks, we’re dipping back into the realm of Charlie Kauffman, a place I’ve been eager to explore more of. And with a feature that has been recommended to me time and time again, I figured this Jim Carrey-led tale would be best suitable for my next Kauffman viewing. I mean, this has been deemed THE best serious role Carrey has undertaken… why not see it?

If you don’t want to trudge through my writing, I’ll get to the point for you: this movie is good. Really good. Yet again, Kauffman and co. tackle another outlandish concept, fitting it into an emotional shell that only makes things more soul crushing as the story unfolds. In this world, there’s a business that allows clients to erase a person from their mind, by extracting all the memories they have of them. Our lead character, Joel, realizes that his longtime girlfriend Clementine (Winslet) has just foregone this procedure to forget him, and he seeks to do the same. Only for him, he quickly regrets what he is doing, and tries to save her in his mind before she’s gone forever. 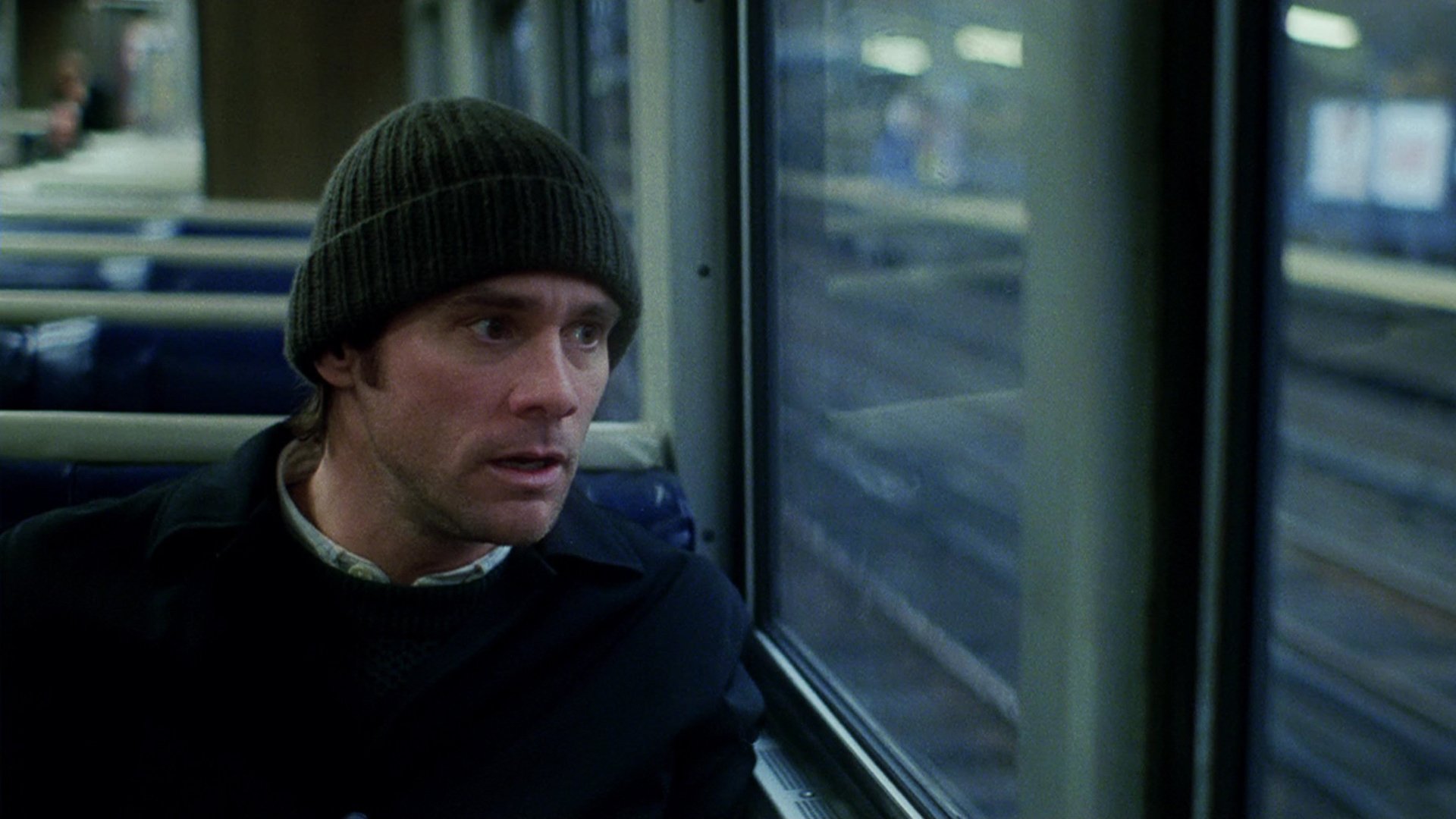 Man dude. How rough is that? Kauffman… you madman. Scratch that. You genius. The film itself is single-tear worthy. The writing is spot-on, with a structure that’ll make your mind melt trying to piece everything together. It’s non-linear; not only that, it’s abstract. Much like our own minds, scenes flow through each other without much rhyme or reason as to how they fit. It’s only as you journey further that you begin to connect things, and see certain facets of both character and story that you saw differently going in. The ride is intense, chaotic, and above all… sad. Centering around a theme of love, relationships, and their brokenness, there’s plenty to be explored, culminating to a fantastic ending that speaks volumes.

The performances on both the actors and filmmakers parts are astounding. It’s a visual spectacle that relies heavily on both effects and what the actors can bring to the table. Jim Carrey does some of his finest, playing the most recluse role I’ve seen him in. He goes against character type, submerging himself in a true Kauffman role of a man feeling out of place in this world and his relationship. Kate Winslet as Clementine is a treat. At first, she’s quite annoying, but as you travel further you unravel the kind of person she is, and just how important she is to not let go. I loved the ensemble in this, with supporting cast being made up of young Elijah Wood, Mark Ruffalo, and Kirsten Dunst. Tom Wilkinson and David Cross are also in this, rounding out for great entertainment. What makes things better is how integral they are to this story, receiving a second arc that coincides with Joel’s.

It’s a big project y’all, that takes leaps. My hat goes off to Michel Gondry, who somehow made this all connect. I’d love to read Kaufman’s script for this and how it translated to screen, because the picture is a perfect example of controlled chaos. From what I could tell by an interview I watched, Gondry went with the flow, not only capturing what was written, but adding on and experimenting in ways that most likely made it for the better (that whole sequence with the elephants in the street was not planned, but an actual event that they ran out and shot gorilla style because it looked neat).

“Eternal Sunshine for the Spotless Mind” reminds me how much I love filmmaking. The experimentation, concept, humor, and strong performances make for a wonderful, truly unforgettable experience. It’s something I’d hope to achieve someday in my film endeavors, and would love to see all the more in other works of cinema. If you haven’t seen it… I recommend. FINAL SCORE: 96%= Juicy Popcorn

One response to ““Eternal Sunshine of the Spotless Mind””