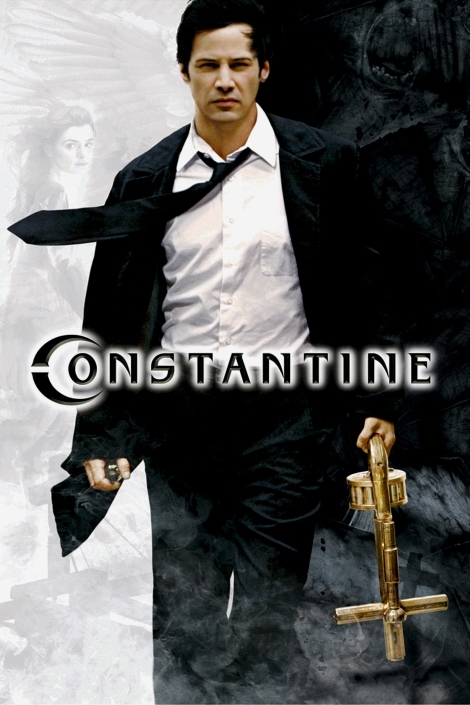 BONUS MOVIE REVIEW: I finally got to see a movie that I’ve been wanting to see for a while called “Constantine” which stars Keanu Reeves (The Matrix, Speed), Rachel Weisz (The Mummy, Oz the Great and Powerful), Shia LaBeouf (Transformers, Disturbia), Djimon Hounsou (Gladiator, Blood Diamond), Max Baker (Pirates of the Caribbean: Dead Man’s Chest, The Island), Pruitt Taylor Vince (The Legend of 1900, Natural Born Killers), Gavin Rossdale (Stealth, Terminator 3: Rise of the Machines), Tilda Swinton (Adaptation., The Chronicles of Narnia: The Lion, the Witch, and the Wardrobe), and Peter Stormare (Fargo, Armageddon). In this movie, we follow a chain-smoking man with a gift (or a curse) named John Constantine (Reeves) who can see demons ever since he was born. At one point through his life, he got tired of dealing with this ability that he committed suicide to make it stop. This of course guarantees you a spot in Hell which is where he went. He was only dead for two minutes, but for him it was a lifetime down there. Since being brought back to life, he uses his ability to hunt demons who break the rules and sends them back to Hell, trying to buy his way into Heaven for helping the people on Earth. One day a police detective named Angela Dodson (Weisz) investigates the case of her twin sisters death after her sister jumped off of the mental hospital she was admitted to. Angela doesn’t think that she committed suicide and that something made her do it, so she turns to Constantine to help her figure it out. They soon discover a plan that is being made to bring destruction to Earth with the Spear of Destiny and it is up to Constantine to keep it from happening at all costs. I had pretty big expectations for this movie before watching and after watching it, I thought that it paid a good service. Sure, it wasn’t the all-time spectacular film I thought that I was going to see, but it was a great movie. The story was good, the performance was great, and the action and special effects scenes were amazing. Cons of this movie were that it got slow at times and it took me a while to understand what was going on, but I eventually got it. Other than those, I enjoyed the movie with its concept and I recommend anyone to watch this movie! FINAL SCORE: 87%= Juicy Popcorn

One response to ““Constantine””